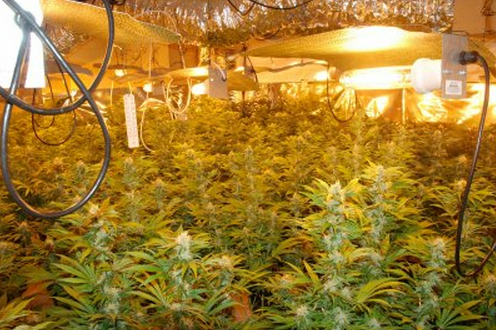 Polls show national opinion toward marijuana use steadily changing toward greater acceptance, and laws are changing and ballot initiatives are coming before voters. New York Gov. Andrew Cuomo, for instance, wants to decriminalize possession of small quantities of pot. Here is a look at how America’s views on marijuana are changing in four key areas.

For more than 20 years, national polls have shown increasing acceptance of marijuana use, proponents of legalization note. But acceptance has not yet hit a critical mass, opponents counter. They point to the failure of California’s Proposition 19 in 2010, which would have allowed small amounts of marijuana for personal use while regulating and taxing it.

Polls offer different views on whether – and how much – views of marijuana have changed since then.

Some experts say the first state to approve marijuana for casual use is right around the corner, perhaps as soon as this November.

According to a Rasmussen Reports poll released in May, 56 percent of Americans now support legalizing cannabis and regulating it the way alcohol and tobacco are. Some 36 percent were opposed.

Dale Gieringer, state coordinator of California NORML (National Organization for the Reform of Marijuana Laws), said the Rasmussen poll marked a high water moment for the legal marijuana movement, suggesting that it showed “the strongest support ever recorded.”

According to the telephone poll in April, 47 percent of adults also “believe the country should legalize and tax marijuana in order to help solve the nation’s fiscal problems.” Forty-two percent of respondents disagreed, while 10 percent are undecided.

Another poll by Angus Reid also suggested that Americans broadly agreed that marijuana crimes should be punished less harshly than some others. Three of four Americans favor the use of fines or probation in lieu of criminal sanctions for marijuana offenders, according to the May poll.

In addition, 74 percent of respondents said they favored the imposition of “alternative penalties,” such as fines, probation, or community service, rather than prison for violators of marijuana possession laws. By contrast, only 41 percent of respondents favored such penalties for credit-card fraud, and only one-third for drunk driving offenders.

Decriminalization is not legalization. The terms are often used interchangeably but mistakenly, say experts.

Decriminalization means that the use (or possession, in some cases) of an established quantity of marijuana remains illegal, but the penalties are not harsh; often simply fines, similar to a traffic citation, and no imprisonment.

Legalization means that the use or possession of marijuana is not illegal. There are no penalties attached.

Currently, the private, non-medical possession of marijuana by an adult has been decriminalized in eight states: California, Colorado, Connecticut, Maine, Massachusetts, Nebraska, New York, and Oregon.

Since 1996, 17 states and the District of Columbia have legalized its use for medical conditions.

New York Governor Cuomo’s bill to reduce the criminal misdemeanor to a violation with a fine up to $100 would save thousands of New Yorkers –disproportionately black and Hispanic youths – from unnecessary arrests and criminal charges, the governor says.

Rhode Island is also considering decriminalizing the possession of small amounts of marijuana under legislation set for a vote in the General Assembly. The state House and the Senate are both scheduled to debate and vote on the measure Tuesday.

The legislation would replace criminal penalties for possession of one ounce or less of marijuana with a $150 civil fine. Minors caught with pot would also have to complete a drug-awareness program and community service.

“Many states will attempt the decriminalization process before legalization,” says Tod Burke, professor of criminal justice and associate dean at Radford University in Virginia. “It is a means to take baby-steps towards the possible legalization.”

The rationale for what New York, and possibly Rhode Island, is recommending might make sense for them, says Professor Burke. “However, it is important to understand that one states’ rationale for the decriminalization or legalization of marijuana is not a one-size-fits-all approach,” he says. “Each state must decide what is in the best interest of its citizenry.”

4. Legal marijuana for recreational use

Legalization measures have already qualified for the 2012 November ballot in Washington State and Colorado, and a similar measure in Oregon is likely to qualify. But California, which led the way with the failed Prop. 19, has no legalization measures pending, according to Paul Armentano, deputy director of NORML California.