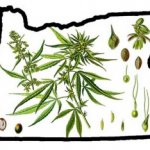 Removes state-level criminal penalties on the use, possession and cultivation of marijuana by patients who possess a signed recommendation from their physician stating that marijuana “may mitigate” his or her debilitating symptoms.

Approved Conditions: Cancer, glaucoma, positive status for HIV/AIDS, or treatment for these conditions; A medical condition or treatment for a medical condition that produces cachexia, severe pain, severe nausea, seizures, including seizures caused by epilepsy, or persistent muscle spasms, including spasms caused by multiple sclerosis. Other conditions are subject to approval by the Health Division of the Oregon Department of Human Resources.

State-qualified patients who possess cannabis in amounts exceeding the new state guidelines will no longer retain the ability to argue an “affirmative defense” of medical necessity at trial. Patients who fail to register with the state, but who possess medical cannabis in amounts compliant with state law, still retain the ability to raise an “affirmative defense” at trial.

The law also redefines “mature plants” to include only those cannabis plants that are more than 12 inches in height and diameter, and establish a state-registry for those authorized to produce medical cannabis to qualified patients.

Mandates that patients (or their caregivers) may only cultivate marijuana in one location, and requires that patients must be diagnosed by their physicians at least 12 months prior to an arrest in order to present an “affirmative defense.” This bill also states that law enforcement officials who seize marijuana from a patient pending trial do not have to keep those plants alive. Last year the Oregon Board of Health approved agitation due to Alzheimer’s disease to the list of debilitating conditions qualifying for legal protection.

In August 2001, program administrators filed established temporary procedures further defining the relationship between physicians and patients. The new rule defines attending physician as “a physician who has established a physician/patient relationship with the patient;… is primarily responsible for the care and treatment of the patients;… has reviewed a patient’s medical records at the patient’s request, has conducted a thorough physical examination of the patient, has provided a treatment plan and/or follow-up care, and has documented these activities in a patient file.”

[Editor’s Note: On Jul 16, 2010 the Oregon Secretary of State certified a ballot measure

(100 KB) to appear on the ballot in the Nov. 2010 general election. The measure would allow for the creation of state-regulated dispensaries. The measure defines dispensaries as nonprofit organizations, and would require them to pay licensing fees. Patients would still be allowed to grow their own marijuana supply.]

Do you live in Oregon and use medical marijuana? Tell us about it in a comment below!