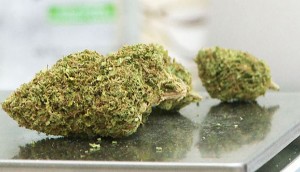 Here are six states where recreational marijuana could become legal in 2020.

New Jersey – New Jersey voters will decide in 2020 if the state should legalize marijuana after lawmakers voted in December to put the question on the ballot.

Voters will decide on a constitutional amendment that, if approved, would legalize the possession and regulated sale of marijuana. More than 60% of New Jersey adults support marijuana legalization, a February 2019 poll found, suggesting that voters are likely to approve the measure.

The vote comes after lawmakers scuttled a marijuana legalization push in 2019, despite the fact that the state’s Democratic governor campaigned on the issue and Democratic lawmakers backed the effort. A measure legalizing marijuana and regulating sales was yanked in March for lack of support just hours before a scheduled vote in the state Senate. The Democratic Senate president declared the legislation dead and lawmakers pledged to put the issue on the 2020 ballot.

New Mexico – A bill to legalize marijuana passed the New Mexico House last year but stalled in the state Senate before the legislative session ended. Lawmakers are likely to try again to pass legalization legislation in 2020.

A plan for the legalization and regulated sales of the drug was released in October by a working group created by Gov. Michelle Lujan Grisham, a Democrat who has pushed to make weed legal in the state. With Lujan Grisham’s backing and the approval of a majority in the state House, getting legalization passed will come down to support in the Senate. New Mexico has a short one-month legislative session that begins in January.

New York – State legislators are expected to take up marijuana legalization once again in 2020.

A legalization bill failed last year in part because of a rift between Gov. Andrew Cuomo and state lawmakers over the allocation of revenue from marijuana sales.

The two lawmakers who sponsored the 2019 bill said they will put forth a new legalization measure, and Cuomo has reportedly teamed up with Connecticut Gov. Ned Lamont to draft a joint approach to legalization.

If lawmakers and Cuomo can come to an agreement on the particulars of a legalization bill, it faces good odds in the Democratic-controlled legislature.

Vermont – Vermont legalized the growth and possession of recreational marijuana in 2018, but it’s still against the law to buy or sell the drug. That could change next year.

The state Senate voted 23-5 in February 2018 to approve a measure to legalize, regulate and tax marijuana sales. The measure headed to the House and cleared a committee in May, but the chamber adjourned before it could continue moving through the legislative process.

The House will take the bill back up in 2020, when the second year of the two-year legislative session begins. The measure’s chances are unclear: While House Speaker Mitzi Johnson, a Democrat, said in December that passing the legislation is not a priority, House Majority Leader Jill Krowinski, also a Democrat, said the measure would reach the chamber floor for a vote in 2020, according to the VTDigger. State Democrats and even some Republicans have said creating a regulated retail scheme is a top priority.

Arizona – Arizona residents narrowly rejected a 2016 marijuana legalization ballot measure that garnered 48.7% support, but the question is likely to appear on the ballot again in 2020.

Two initiatives are under consideration, and it’s likely that voters will see at least one on the ballot in November. A September poll found that 50% of likely voters support legalization, suggesting that a vote could succeed or fail by a razor-thin margin.

Florida – Florida has two campaigns pushing to get marijuana legalization on the ballot in 2020 though one has admitted that it is likely to fail.

Both legalization campaigns cleared the first hurdle to get an initiative on next year’s ballot and now need to submit over 766,000 signatures in support of the ballot item by Jan. 1. However, one of the groups – Regulate Florida – has already said it will not be able to meet the New Year’s Day deadline. The other campaign continues, though it is unclear if it will be able to collect the needed signatures.

Even if legalization makes it on the ballot, it faces an uphill battle. The initiative would be a constitutional amendment that requires 60% approval to pass under Florida law.