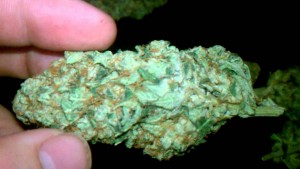 The percentage of American adults who say they smoke weed has nearly doubled in three years, according to a new Gallup poll.

Among those who participated in the survey, one in eight — 17% — reported current marijuana use, and 43% said they have tried the drug, an increase from 38% in 2019. The percentage of pot smokers was 7% in the 2016 Gallup survey.

The poll results were based on telephone interviews with about 1,000 randomly chosen adults.