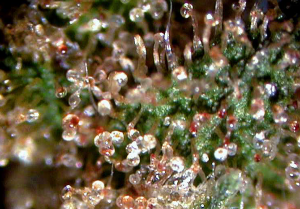 The findings of a 2006 study carried out by medical researchers at Virginia Commonwealth University’s Department of Pharmacology and Toxicology in Richmond are being noticed within the scientific community. The study results strongly suggest that if taken regularly, cannabis oil may be able to induce remission in leukemia patients without the horrendous side effects typically associated with standard radio-chemical treatment options. Although this is only one such study, other similar studies have shown equally impressive results.

A few years ago, a team of experts convened in Germany to assess the total sum of information currently available regarding medical marijuana. According to their records, at least 37 separate controlled studies were carried out, internationally, between 2005-2009. Altogether, more than 2,500 documented test subjects have participated in these various studies with few to no negative side effects reported. Not only are these findings unusual for drug studies for their overall lack of adverse patient reaction, but also the sheer number of individual participants involved. While 2,500 people may not sound like an especially large sample population, it’s actually much larger than the number typically required by the U.S. Food and Drug Administration to determine whether or not most synthetic pharmacological drug compounds are safe for use in humans.

Many of the active ingredients found in cannabis-derived drugs show exceptional promise in treating some of the greatest hurdles facing modern medical science. In addition to their aforementioned capacity for safely treating certain forms of deadly cancer, they also show great promise in alleviating autoimmune conditions such as rheumatoid arthritis, multiple sclerosis, and even inflammatory bowel disease. A growing number of experts also note their possible viability treating a range of neurological disorders including Alzheimer’s and Lou Gehrig’s disease.

Perhaps most indicative of the diminishing stigma surrounding medical marijuana research in the United States was a 2009 decision by the American Medical Association to finally, for the first time in the organization’s history, review marijuana’s classification as a schedule I controlled substance – meaning it has no medical value whatsoever, and is addictively on par with heroin – in an effort to hopefully remove one of the greatest impediments to its widespread medical use.

What are your thoughts on the medical use of cannabis in conjunction with therapies for cancer and other diseases? Lets discuss in the comments below!