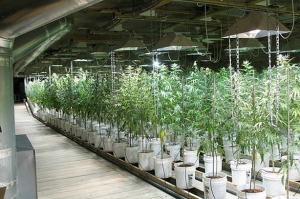 1. Marijuana is created from the dried, shredded flowers and leaves of the hemp plant Cannabis sativa.

2. Marijuana is the most common illegal drug used in the United States. Approximately 100 million Americans have tried marijuana at least once, and more than 25 million have smoked it in the last year.

3. According to one national survey on drug use, each day approximately 6,000 Americans try marijuana for the first time.

4. Worldwide, it is estimated that about 162 million adults use marijuana at least once per year, and 22.5 million use the drug daily.

5. After alcohol, marijuana is the most popular recreational or mood-altering drug used worldwide.

6. Just under 40% of high school students in the U.S. report using marijuana at least once in their life, and 20% report using it regularly.

7. According to one report, it would take 800 joints to kill a person—but the cause of death would be carbon monoxide poisoning.

8. There are over 200 slang terms for marijuana in the popular vernacular. Some of the more common nicknames include pot, grass, weed, hash, and ganja.

9. The international and scientific name for marijuana is cannabis. However, the substance is most commonly called marijuana within the United States

10. The name marijuana comes from a Mexican slang term for cannabis and is believed to have derived from the Spanish pronunciation of the names Mary and Jane. (The two names were also common Mexican military slang for a prostitute or brothel.) Marijuana came into popularity as a name for cannabis in the U.S. during the late 1800s.

11. The cannabis plant can grow in nearly any environment and averages one to two inches of growth per day and up to 18 feet total in ideal conditions.

12. The primary active ingredient in marijuana is THC (delta 9 tetrhydrocannabinol). It is this chemical that produces marijuana’s mind-altering effects.

13. The psychoactive side effects of THC in small doses include loss of inhibition, elation, and a distorted sense of time. The drug can also cause increased visual sensitivity and heightened imagination.

14. Depending upon the weather conditions, soil type, and time of harvest for a cannabis plant, as well as the specific mixture of dried leaves and flowers in the marijuana product, a sample of marijuana can contain anywhere from 3% to 20% THC

16. The first recorded use of marijuana as a medicinal drug occurred in 2737 B.C. by Chinese emperor Shen Nung. The emperor documented the drug’s effectiveness in treating the pains of rheumatism and gout.

17. The first law in the American colonies regarding marijuana was a 1619 law that actually required farmers to grow the hemp plant. Once harvested, hemp was useful for clothing, sails, and rope.

18. During the temperance movement of the 1890s, marijuana was commonly recommended as a substitute for alcohol. The reason for this was that use of marijuana did not lead to domestic violence while alcohol abuse did.

19. Marijuana was first severely restricted as a recreational and medicinal drug in the U.S. by the Marihuana Tax Act of 1937. The law did not prohibit marijuana use but imposed such a heavy tax that legal sale and use became nearly impossible.

20. In October of 1937, Samuel Caldwell was the first U.S. citizen arrested under the Marihuana Tax Act for selling marijuana without paying the newly mandated tax. He was fined $1,000 and sentenced to four years of hard labor in Leavenworth.

21. Prior to its ban, hemp was a staple cash crop of the family farm in early America. The first two drafts of the United States Declaration of Independence were written on paper made from hemp.

22. The Controlled Substances Act of 1970 made it illegal to possess, use, buy, sell, or cultivate marijuana in the United States. The law classifies marijuana as a Schedule 1 drug, meaning it has a high potential for abuse and no acceptable medical use

23. Marijuana production and trafficking make up the world’s largest drug market and the substance can be grown in almost every country. The United Nations Office on Drug and Crimes (UNODC) has data on 172 countries and territories known to grow marijuana.

24. Paraguay is believed to be the world’s largest producer of marijuana.

25. According to the UNODC, there are several countries worldwide where greater than 8% of the population are said to use marijuana. Among those countries are the United States, Canada, England, Spain, France, South Africa, and New Zealand.

26. In 2007, nearly 900,000 arrests for marijuana violations were made in the United States. Approximately 90% of offenders charged with marijuana-related crimes were arrested for possession only.

27. From 1850 to 1942, marijuana was listed in the United States Pharmacopoeia as a useful medicine for nausea, rheumatism, and labor pains and was easily obtained at the local general store or pharmacy

28. Current supporters of medical marijuana believe the drug has significant medical value for patients who suffer from AIDS, glaucoma, cancer, multiple sclerosis, epilepsy, and chronic pain. Several studies have been published to support and document this belief.

29. In 2003, Canada became the first country in the world to offer medical marijuana to pain-suffering patients.

30. In 1996, California became the first U.S. state to legally allow medical marijuana for patients with a valid doctor’s recommendation.