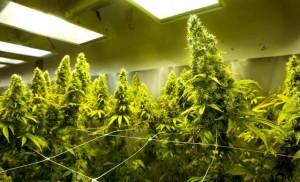 A lot has been said in treating depression with Cannabis and if the compounds in marijuana can help cure chronic stress.  As reported by Daily Mail, our brain creates certain chemicals -Endocannabinoids that control our emotions. Long term stress means a reduction in their production, and this leads to depression. Previous studies have been controversial about treating the depression as some researchers suggested that certain compounds in present in cannabis can bring relief from depression. However, it is still not clear as to which compounds derived from cannabis can actually help to stabilize moods and ease out depressions.

The research is still at a very nascent stage and has been done mostly on animals. When research was done on marijuana smokers, as reported by Mayo Clinic, the smokers have been diagnosed with more bouts of depression as compared to nonsmokers. However, it is still not clear if depression is the direct cause of marijuana. It is true that the long-term stress can lead to a reduction in the endocannabinoids in brains, and this leads to depression. The active ingredient, delta-9-tetrahydrocannabinol (THC) in Endocannabinoids is similar to chemicals found in marijuana.

Several people who suffer from post-traumatic stress have found relief when given marijuana. As TruthOnPot reports, that although there is a link between depression and cannabis, a lot more needs to be done in this arena. Experts believe that there could be a number of genetic and environmental factors that could impact both depression and marijuana use. However, researchers need to make sure if marijuana extract can restore normal behaviors without leading to any dependence on the drug.

Till date, the previous studies have shown that smoking cannabis raises the risk of anxiety and depression in the individual. The brains of regular users of Cannabis showed lesser reactions to dopamine, the feel-good chemical.