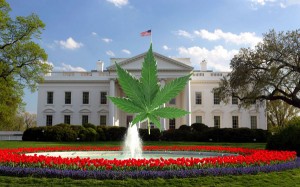 When pot legalization kicks in at 12:01 a.m. Thursday morning in Washington, D.C., residents will be free to legally have twice as much marijuana as in the states that have legalized the drug.

In the four states that have so far approved legal weed—Alaska, Colorado, Oregon and Washington—limits on possession are or will be set at an ounce. In D.C., the limit will be two ounces.

But, as we wrote Tuesday, D.C.’s legalization rules are similar in many ways to those in the states that approved legalization. Here’s a quick look at some of the ways in which they compare:

Consumption is banned in public and on federal land and property in all four states and D.C.

Home-growing limits are highest in D.C., Colorado and Alaska. Under the rules in both states and the capitol, adults may grow and keep the products of up to six plants at home, three of them mature.

Up to an ounce of the plant can be provided as a gift in D.C., Alaska, Colorado and Oregon.

Voter approval for legalization was higher in D.C. than in any of the states that legalized. The results were, in order:

But that’s where any comparisons end. Unlike the states, D.C. will have very few regulations beyond those basic rules mentioned. That’s because Congress in December denied it the funds to regulate the industry, under the assumption that doing so would stop legalization dead in its tracks. The Post’s Aaron C. Davis and Peter Hermann explain:

Instead of writing regulations governing how the drug would be bought, sold, tracked and taxed — a process that took more than a year in Colorado and Washington state — the District was quickly blocked from doing so by Congress. The city’s attorney general advised officials that even talking about how to allow pot sales could result in jail time for them.

D.C. officials contend that all Congress did was stop them from regulating legalization beyond what voters approved in November.