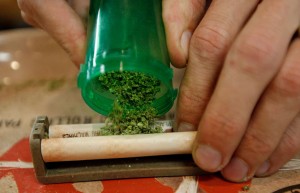 A panel of Utah lawmakers has given initial approval to a medical marijuana proposal that would allow residents of the conservative state who have chronic and debilitating diseases to use certain edible products containing THC, the chemical responsible for most of the drug’s psychological effects.

After a nearly two-hour debate, a Senate committee voted 3-2 Thursday to approve the bill and send it to the full Senate for a vote.

If Utah passed the bill, it would join 23 states and District of Columbia where medical marijuana programs are in place, according to the National Conference of State Legislatures.