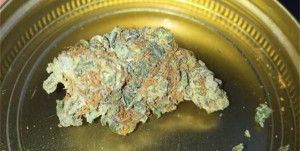 Cannabis will be available to seriously ill German patients on prescription in drug stores and its use may be covered by medical insurance, German Health Minister Hermann Gröhe announced Tuesday. The law is expected to come into force in 2017.

The draft relaxing the regulations on the use of medical marijuana is aimed to alleviating the suffering of seriously ill patients who were previously not eligible to obtain the drug. The draft law is set to be approved by the government Wednesday and then forwarded to the German parliament for further debate.

“Without wishing to pre-judge the work of the Bundestag, it is likely that the law will come into force in the spring of 2017,” Gröhe told die Welt.

One of the key provisions of the law is that medical cannabis will be covered by the patients’ medical insurance.

The minister also noted that that the Health Ministry intends to initiate accompanying research into the medical effects of cannabis and that reimbursement will be linked to the participation in a scientific study.

The controversial proposal has been criticized by German Hemp Association, a lobby group advocating for cannabis legalization, which lambasted the suggested compulsory participation of the cannabis patients in the research as a condition for reimbursement as “unprecedented and difficult to accept.”

The ultimate goal of German health authorities is to grow medical marijuana on German soil at specially approved sites. However, it is unlikely the country will build the infrastructure required until 2017.

“Until the government-controlled cultivation in Germany is established, which presupposes cannabis agency, the medical cannabis supply will be covered by import,” Gröhe said. Before, the drug was mainly imported from the Netherlands.