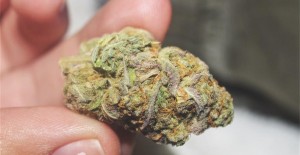 For decades, cannabis opponents controlled the messaging around the popular plant and cultivated any number of lies about its effects.  This built up a powerful stigma against marijuana, the effects of which have not worn off. Below are 6 myths about marijuana that most people are not aware of.

Myth #1: Stoned driving is as bad as drunk driving. Drunk driving kills 28 people a day in America, according to Mothers Against Drunk Driving. Studies have not found similar results for driving while high, and it’s not even clear that marijuana even increases the number of traffic accidents. That’s not to say that marijuana doesn’t affect driving ability—for many people it does. However, marijuana use is as likely as anything to make people more cautious than usual, which is an asset while driving. This same cautiousness makes some high people opt not to drive at all. Furthermore, as Sanjay Gupta explains in his documentary Weed, daily pot smokers seem to be less impaired on the road after smoking than occasional users.

Myth #2: Marijuana causes brain damage. This one resurfaced lately, based largely on one recent study in France. The study looked at the brains of 20 heavy cannabis users and compared them to 20 non-smokers (all participants were 18-25). Their brains showed differences in areas related to cognitive and emotional processing. The media ran with those results, claiming that marijuana reorganizes your brain. As the study authors explain, their results do not show this. Rather, they show a correlation, with no clear indication whether cannabis changes brain structure or if people with certain brain structures are more likely to enjoy marijuana. It should also be noted that the sample size of the study is very small, and that the study does not examine long-term effects of cannabis use. And, even if cannabis use does cause changes in the brain over time, there is no evidence to show whether those changes are positive or negative.

Myth #3: Pot is addictive. A certain number pops up again and again in op-eds about the dangers of marijuana: 9%. That’s the number of cannabis users who become dependent, according to a study from the 1990s. This would still put marijuana dependence risk comfortably below alcohol (14%) and tobacco (24%) according to the same study. Additionally, the 9% figure was likely inflated because the study did not account for marijuana’s criminalization. Certain measures of dependence, such as whether someone had spent “a great deal of time” acquiring the substance, could be the result of criminalization, not addiction, but the study authors ignored this. Regardless of what percent of cannabis users can be considered dependent, it’s clear that heavy cannabis use is far less damaging than heavy use of heroin, cocaine, methamphetamine or alcohol.

Myth #4: Pot smokers lack motivation. A popular refrain among weed opponents these days is something along the lines of, “everyone knows that marijuana makes you lazy, do we really want to encourage that?” Studies have not been able to separate out cannabis-induced laziness from general “amotivational syndrome.” About 5-6% of the population seems to have identifiable difficulties with motivation, but research has not successfully tied this to marijuana use. So yes, there are lazy potheads out there, but there are also lazy people and ambitious potheads. There is plenty of evidence, including thousands of years of human experience, to show that pot makes you creative, active and influential rather than lazy. Fifty examples are found on this list of the 50 most influential marijuana users.

Myth #5: Smoking pot is much worse for your lungs than smoking cigarettes. This is another reason people like to rattle off when discussing the grave dangers of marijuana. Some argue that because weed is generally smoked without a filter, the lungs are not protected. Whatever the rationale behind this claim, it doesn’t appear to be true. A 2012 study on marijuana’s effects on the lungs came up with this conclusion: “Occasional and low cumulative marijuana use was not associated with adverse effects on pulmonary function.”

That’s not to say smoking marijuana has no adverse effects. The crucial difference may be one of quantity. All but the heaviest pot smokers don’t average more than a couple of joints or bowls a day, whereas pack-a-day cigarette smokers are not particularly uncommon. Whatever the reason, cannabis users seem to end up with healthier lungs than cigarette smokers.

On top of all of that, there are plenty of ways to ingest cannabis without any smoke. You can eat it, drink it, inhale it as a vapor, take it in tablet form, or rub it on your skin as a lotion or oil (this last one won’t give you that euphoric “high” feeling, however).

Myth #6: Marijuana leads to harder drugs. The gateway effect, as it is popularly known, is still a favorite counterpoint to the notion that cannabis itself isn’t so bad. Wisconsin Governor Scott Walker cited the gateway effect in an interview in February noting that “[Wisconsin sheriffs] said when they talked about heroin and meth and other issues that they were still very concerned that [marijuana] was a gateway drug.”

Indeed, almost everyone who tries those hard, often disastrous drugs did marijuana first. They also probably got drunk at least a few times in their lives before trying heroin, yet no one calls alcohol a gateway drug. What’s actually going on is that some people are generally more interested in mind-altering drugs, and marijuana is the most popular and available illegal drug. If marijuana caused harder drug use, we would not see results such as those in a recent survey from the National Institute on Drug Abuse. Instead the study found that marijuana use had increased in recent years among adolescents, but heroin, cocaine and methamphetamine use has all dropped.