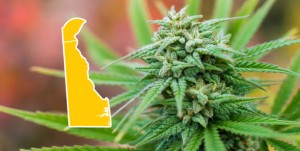 Delaware House lawmakers on Tuesday approved legislation that would treat simple marijuana possession and personal use by adults like a traffic violation, replacing criminal penalties with civil fines.

The bill passed the House by a 24-14 vote, and now heads to the Senate. Gov. Jack Markell supports decriminalization. No House Republicans voted in favor of the legislation on Tuesday.

Some opponents said decriminalization would embolden drug dealers operating in a black market. Others say it could prevent police from initiating important searches on suspicion of simple marijuana possession.

That change to the legislation caused angst among the bill’s opponents and its supporters, who questioned why juveniles would be treated differently than adults when caught with pot.

“I do have concerns that what we are doing is taking our most vulnerable population … and treating them the most harshly,” Lisa Minutola, chief of legal services for the Delaware Public Defender’s office, said during testimony on the House floor.

The legislation would only impose $100 civil fines on adults found with up to an ounce of marijuana, or those found using the drug privately. Police could still confiscate the drug when imposing a civil penalty.