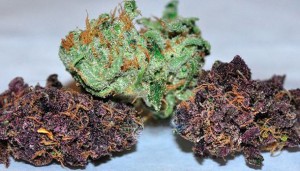 A proposal to soften Louisiana’s harsh marijuana laws by reducing penalties for possession continues to gain steam in the Louisiana Legislature.

The Senate voted 27-12 Monday (May 25) to advance legislation that would create a new penalty system for marijuana possession dealing with amounts less than 2.5 pounds.

The measure’s sponsor, J.P. Morrell, D-New Orleans, said his bill (SB 241) brings Louisiana’s marijuana laws closer in line with other states, “in a way that is more humane.” For example, the bill reduces the maximum penalty for possession from 20 years in prison to eight, raises the threshold for a felony-level possession charge and adds a second-chance provision for first-time offenders.

The proposal also allows offenders to apply to have their record expunged if they aren’t convicted of a marijuana violation within two years of the first offense. Offenders, however, would only be allowed one opportunity to expunge their records of marijuana convictions.

The proposal does not change current the penalties pertaining to possession of synthetic marijuana.

Morrell’s bill now heads to the House for consideration.