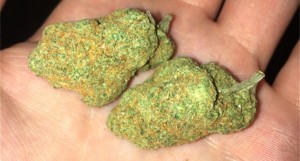 Members of the House Judiciary Committee approved a minor change to a bill that would legalize possession of up to an ounce of marijuana for those 21 and older—and the cultivation of two mature and four immature cannabis plants. It would take effect in July.

The move sets up a vote on the House floor Thursday and, if the bill passes, a Senate vote as early as next week. Gov. Phil Scott, a Republican, has said he would sign such a measure into law if it reached his desk in its current form.