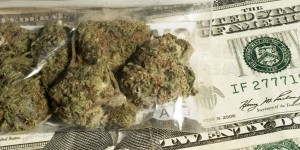 About 150 people turned out Thursday to lobby state lawmakers to legalize medical marijuana, marking the largest turnout in years. Even supporters of legalization say it’s unlikely to happen this year, but they say momentum is growing.

Tammy Tiffany, who hurt her back in an accident four years ago, uses medical marijuana to manage the pain. She said it gave her her life back from prescription drugs.

“I don’t want to do the pain pills any more, the opiates, the anti-depressants,” Tiffany said. “It’s a rabbit hole. When you go down, it’s very hard to come back out of, and it can cost you your life.”

Helen Monroe, 84, was against marijuana all of her life – until the last few years. Now, she takes cannabis oil for her debilitating arthritis.

“Taking the cannabis relieves the pain, and I can walk,” Monroe said. “I no longer ride the cart at the grocery store.”

Medical cannabis, or marijuana, is illegal in North Carolina, but a bill in the state House would change that. Under the proposal, users would need a doctor’s prescription and a state registration card, and they could buy cannabis only from a state-licensed distributor.

Twenty-three states and the District of Columbia have legalized medical marijuana, but in the conservative South, it’s an uphill battle.

Last year, approving cannabidiol oil for treatment of seizure disorders in children involved a tough fight in the General Assembly because it is derived from a strain of marijuana.

“I think the public’s evolving. I think we’ll get there,” said Rep. Pricey Harrison, D-Guilford, who has sponsored medical marijuana bills for the past 10 years without any success. “We won’t get there this year, but it’s a grassroots movement building support.”

Harrison said lawmakers need to take the politics out of the issue and look at the relief that decriminalizing cannabis could bring to people who need it.

“I wish they would have some compassion for people that do need the medical marijuana and show it,” Tiffany said.