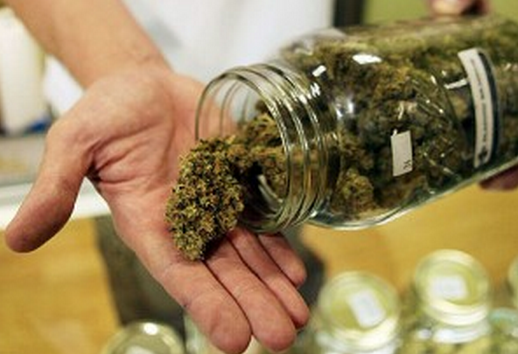 A drive to regulate California marijuana dispensaries won a key victory Thursday, raising the hopes of advocates who argue that state oversight is critical to staving off federal raids on California’s medical cannabis industry.

The state Assembly voted 41-28 to pass a bill to create a California policing agency to license marijuana stores and oversee a state-sanctioned medical pot industry from growers to delivery drivers to marijuana testing labs.

Since October, raids on California medical marijuana outlets and threats of federal prosecution against operators and landlords have shuttered scores of dispensaries across the state, including nearly 100 in Sacramento County.

Assembly Bill 2312 by Assemblyman Tom Ammiano, D-San Francisco, faces a difficult road to passage through the Senate and desk of Gov. Jerry Brown. The bill, which would create a Bureau of Medical Marijuana Enforcement in the state Department of Consumer Affairs, drew no formal law enforcement support.

The legislation has been blasted by critics as short on specifics as to how California can govern hundreds of dispensaries and thousands of workers in a state medical pot trade once valued at $1.5 billion or more.

But Ammiano, who got the minimum number of “yes” votes needed to clear the 80-member Assembly, declared the vote a historic action demonstrating a Legislature “now willing to take responsibility for effective regulation of medical cannabis in California.”

Under the bill, a nine-member board would oversee the state medical marijuana division and approve licenses for businesses selling, growing or transporting marijuana for use by people with physicians’ recommendations.

The bill, which got no Republican support, was passed after backers lured reluctant Democrats with a key concession to California cities and counties worried about the proliferation of marijuana stores.

The original bill would have required local governments to allow at least one dispensary for every 50,000 residents unless voters said otherwise. The amended bill would give city councils and county supervisors the power to limit or ban dispensaries, preserving the current California patchwork in which tolerance for marijuana stores varies widely from place to place.

The bill also would allow cities and counties to impose a 5 percent tax on medical marijuana sales.

Republican Assemblyman Don Wagner of Irvine blasted the bill for creating an oversight board stacked with people supportive of a marijuana industry. The board’s nine members would include two physicians familiar with medical marijuana, a patient advocate, a marijuana union representative and at least one medical marijuana user.

“Something smells when you stack the deck like that,” Wagner said. “And we know what that smell is.”

John Lovell, a lobbyist for California police chiefs and narcotics officers, said the bill is a protection measure for “marijuana dispensary business interests.”

“This bill is such an extreme bill, it simply doesn’t invite serious discussion,” Lovell said.

Dan Schnur, director of the Jesse M. Unruh Institute of Politics at the University of Southern California, said lawmakers from both parties are fearful of pot legislation in the wake of the dispensary boom and the subsequent crackdown by federal authorities.

“Californians are very strongly supportive of marijuana use for legitimate medical purposes, but they’re coming to the conclusion that so many people are taking advantage of loopholes in the current law, it’s made them wary about expanding the program,” Schnur said.

U.S. prosecutors have accused purportedly nonprofit dispensaries and cultivators of violating federal and state laws by using the guise of medical marijuana to reap millions of dollars in profits.

The bill that cleared the Assembly lacks the specificity of regulations imposed in Colorado, another state that legalized medical marijuana use. Colorado requires all medical marijuana workers to be licensed, and mandates patient registration and video surveillance of every pot transaction.

The California bill would leave it to the medical marijuana board to set the rules.

Arguing for its creation, Ammiano charged that “some people want to preserve the chaos and confusion to say that medical marijuana has failed or is a sham.”

Assemblywoman Linda Halderman, R-Chico, suggested that debating medical marijuana regulation was a ruse. “This is about whether people should be able to legally get high,” she said.