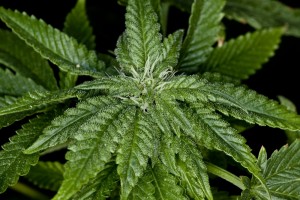 The Arizona Department of Health Services could add more conditions to its list of patients who qualify for medical marijuana. Those conditions include anxiety, depression, PTSD and migraines.

Currently, about 25,000 Arizona patients have qualified for a medical marijuana card.

An expansion in the program could potentially add thousands more to that list.

“The structure of the law requires us to periodically accept petitions and review petitions to determine whether or not we would add new debilitating medical conditions,” explained Will Humble, director of the Department of Health Services.

At least one mental health expert says such an expansion would be unnecessary.

“There is really virtually no research — positive research — that explains how marijuana would possibly affect somebody’s depression and/or anxiety,” psychologist Dr. Astride Heathcote said.

“Muffling clear thinking by sedating it, in essence, much similar to someone who would be drinking in excess – it’s the same thing,” Heathcote said.

If anxiety and depression are accepted as conditions treatable by medical marijuana, Arizona would be the first state to add them to the list.

“Where do you draw the line? And how accurate would the diagnosis potentially be?” Heathcote asked.

Despite Heathcote’s points, Humble said he’s fine with the precedent.

“For me it’s not about whether other states are doing it or aren’t doing it. For me what’s most important is the weight of medical evidence,” he said.

A public meeting has been scheduled for May 25.

Humble says his team will thoroughly look at research that supports or rejects claims that pot will help alleviate symptoms of anxiety, depression, PTSD and migraines.

The decision will ultimately fall on Humble, who could accept just one or all of the new medical conditions.

A decision is likely this summer.