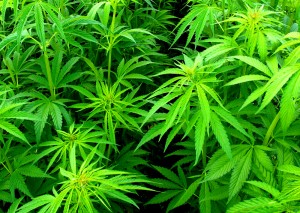 On a day celebrating cannabis culture — 4/20, or April 20 — a bill permitting the medical use of marijuana sailed through the state legislature’s Finance Committee.

The committee voted 36 to 15 in favor of the bill, which would permit patients with certain debilitating illnesses to obtain marijuana from a licensed pharmacist to use for medical purposes. The bill now heads to the state House of Representatives for debate.

State Sen. Toni Boucher, Republican of Wilton, one of the bill’s most vocal opponents, spoke for about an hour about the financial pitfalls of medical marijuana, according to the Associated Press.

“We are contemplating making a very costly public policy change, which will put the state of Connecticut also in direct conflict with the United States Department of Justice as there appears to [be] growing resistance to these bills from state to state,” she said.

Boucher proposed several amendments to the bill, including one that would limit its application to those with terminal illness. Other amendments she proposed would have increased fees on marijuana producers to help pay for additional enforcement measures and anti-addiction programs. None of her amendments passed.

Under the bill, a new system will license medical marijuana producers and register qualified patients, which are limited to those suffering from certain specified illnesses such as AIDS or cancer. Doctors would then be permitted to prescribe marijuana to patients, who can possess a one-month supply of the drug.

The bill has widespread support among residents of Connecticut, according to a Quinnipiac University poll released March 21. Sixty-eight percent of the poll’s 1,622 respondents said they support allowing patients with a chronic illness to obtain small amounts of marijuana with a prescription, while only 27 percent said they oppose medical marijuana.

That same day, the legislature’s Judiciary Committee approved the bill allowing medical marijuana after hearing testimony from Connecticut residents who said they would be positively impacted by the legislation. According to committee testimony, the drug is one of the only sources of relief from pain and other side effects of certain kinds of treatments.

The legislature has attempted to pass similar bills in the past. In 2007, lawmakers passed a medical marijuana bill, but it was vetoed by then-Gov. Jodi Rell, a Republican.

Gov. Dannel Malloy, who took office in 2011, has indicated his support for medical marijuana and said he would sign the bill if the legislature passes it. Last June, the legislature passed a bill that decriminalized the possession of less than half an ounce of nonmedical marijuana in a move that Malloy said reflected the reality that the previous law, under which first-time offenders faced up to a year in prison and fines up to $1,000, did “more harm than good.”