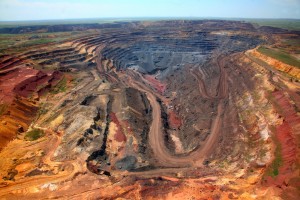 A Canadian biotechnology company wants to cultivate medical marijuana in a former copper mine in Michigan’s Upper Peninsula where it has been growing plants for more than a decade.

Prairie Plant Systems Inc., which has a contract to supply medical marijuana in Canada, would need approval from state and federal officials to convert the mine in White Pine, the Detroit Free Press reported Monday (http://on.freep.com/I8Cvhr ). Brent Zettl, the company’s president and CEO, said there’s demand despite major regulatory hurdles.

“There’s a need to bring this under the proper reins of appropriate manufacturing for patient safety and for public safety,” Zettl said.

Michigan voters approved the use of medical marijuana in 2008, but the law does not explain where people are supposed to get marijuana if they don’t grow it themselves or have a caregiver who grows it for them. That issue is before the courts. Federal law still prohibits the sale and cultivation of the drug.

The idea would be to supply Michigan medical marijuana users. A Detroit Free Press reporter and photographer recently toured the mine, which shut down in the 1990s.

The Saskatoon, Saskatchewan-based company and its Michigan subsidiary, SubTerra, currently use the mine for plant-based pharmaceutical research. Prairie Plant Systems said that it could employ 200 to 300 workers at the site if the plan to grow marijuana there succeeds.

The company said it would stress security, safety and science, treating marijuana as a pharmaceutical at the Michigan grow site. Growing marijuana underground provides security, constant temperature, controlled light and humidity, and protects the plants from bugs and diseases, Zettl said.

Approval, however, likely would require the U.S. Drug Enforcement Administration and the U.S. Food and Drug Administration to change their stances about the use of medical marijuana.

The FDA supports research to capture marijuana’s benefits in tablet form, but opposes “the use of smoked marijuana for medical purposes,” spokeswoman Shelly Burgess said.

Others argue that the Ontonagon County should reopen for its original use instead of growing medical marijuana. An increase in the price of copper since the time that the mine closed has renewed interest in mining at Michigan sites that previously were shut down.

Philip Kolehmainen, an area real estate broker and chairman of the Michigan Works! workforce development board, said growing marijuana would be a limited prospect for the mine. There are no plans yet announced to reopen the mine in White Pine for mining, but he said that’s a hope.

“We want to get some jobs here,” Kolehmainen said.