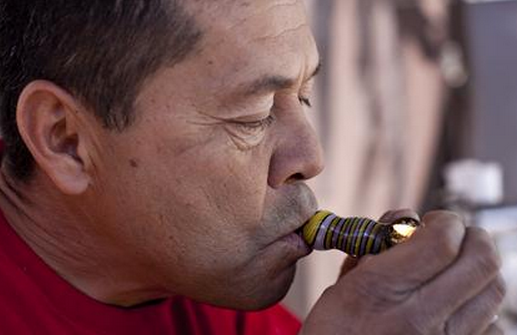 A new University of Arizona study shows little or no evidence that medical marijuana is an effective treatment for anxiety, migraines, depression and post-traumatic stress disorder, a finding that could hinder efforts to expand the allowable uses for the drug in Arizona.

The researchers, working on behalf of the state Department of Health Services, which oversees the state’s medical-marijuana program, reviewed dozens of scientific studies related to marijuana use for the four medical conditions and determined that most of the research was of little value in weighing the medicinal risks and benefits.

State health officials and medical-marijuana advocates agree the lack of scientific research is in large part because of restrictions on research of some controlled substances.

The UA study could affect efforts by medical-marijuana supporters to expand the state’s program to include the treatment of anxiety, migraines, depression and PTSD.

State health officials have heard dozens of anecdotes about how those conditions impair daily life and how medical marijuana helps, but officials have said they will base the decision to expand the program only on scientific evidence.

“The key question for us is: Do the benefits outweigh the risks?” said Will Humble, state health director. “And there’s just not that much research in this area to help form our policy decisions.”

The Arizona Medical Marijuana Act, approved by voters in 2010, requires the state health department to periodically accept and evaluate petitions to allow new medical conditions into the program.

The requests now under consideration are from the first round of petitions. On July 23, state officials will open a weeklong comment period for a second round.

Health officials received numerous petitions from people who suffer from PTSD, anxiety, migraines and depression, as well as their caretakers. Some of them offered studies, medical records and personal stories about how marijuana helps them and loved ones.

More than 31,000 Arizonans currently participate in the medical-marijuana program, citing conditions ranging from chronic pain to cancer and hepatitis C. Humble said the program would expand by as many as 15,000 if post-traumatic stress alone was added as a qualifying condition.

Medical-marijuana advocates such as Dr. Sue Sisley, a Scottsdale internist in private practice and assistant professor of psychiatry and internal medicine at UA, believe marijuana soothes psychological battle wounds. She said she sees many veterans who turn to marijuana only after conventional medicine doesn’t help.

Sisley said Humble’s request for scientific evidence is “an unattainable standard” because it is very difficult to perform peer-reviewed studies on drugs that the federal government has determined have no medical uses.

“He knows we’ll never be able to do that,” said Sisley, who has been waiting since last year for the National Institute of Drug Abuse to approve a study on the efficacy of marijuana on combat veterans. “And that’s a great way for him and the governor to reach their goal: to make sure this program is not expanded.”

Humble and Gov. Jan Brewer have opposed medical marijuana. However, the program has moved forward, and Humble said he is trying to make his decision based on science, not politics.

“My goal is not to add things or not add things,” he said. “It’s to look at evidence and make a responsible decision.”

Humble agreed that it is nearly impossible to conduct the kinds of testing the U.S. Food and Drug Administration generally uses to license drugs.

However, he pointed out there are other kinds of studies, called observational studies, that he would seriously weigh if performed properly.

The UA research was part of a $200,000-a-year contract the state has with the university to, in part, review studies of medical marijuana.

In their review of articles related to PTSD, the university researchers could find no study that focused on the long- and short-term treatment effects of marijuana, but listed 18 articles that came close.

Many of those articles recommended further research into PTSD and marijuana use, and the most relevant studies were generally “of low or very low quality.”

Researchers found two systemic reviews that directly attempted to explore the association between depression and marijuana use. Both reviews were of low quality, the report said.

Researchers said there may be an association between marijuana use and depression, but it is unknown if one causes the other or if both are linked to a third factor.

On anxiety, researchers found conflicting evidence as to whether marijuana use and various forms of anxiety are related. The study determined most other research to be low to moderate quality — or worse.

Researchers could find no studies assessing the risks and benefits of marijuana and migraines, saying the most relevant literature was of very low quality.