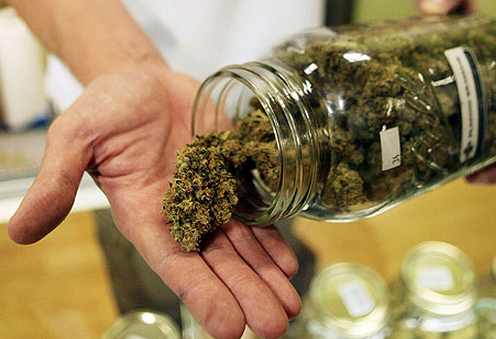 Marijuana possession may be decriminalized in Belize as the Central American nation joins a list of countries from Mexico to Uruguay whose leaders have called for alternatives in the U.S.-led war on drugs.

Prime Minister Dean Barrow’s government has appointed a committee to evaluate the decriminalization of up to 10 grams of marijuana, according to an e-mailed statement. Current legislation considers marijuana possession of less than 60 grams a criminal offense punishable by a fine up to $50,000 Belize dollars ($26,000) and as many as three years in prison, according to the statement.

“The word decriminalization means that the treatment of the infraction will be adjusted so that most of the detriments are removed or reduced,” according to the statement. “This initiative is driven by increasing evidence that the current legislation clutters the courts and the prison with primarily a marginalized segment of our population.”

“I’m not saying we should legalize,” Pena Nieto said in an interview on PBS NewsHour July 3. “But we should debate in Congress, in the hemisphere, and especially the U.S. should participate in this broad debate.”

Colombian President Juan Manuel Santos, who helped carry out a U.S.-led anti-narcotics strategy as his nation’s defense chief until 2009, called for a legalization debate last year and likened the war on drugs to a stationary bike.

More than 47,000 people have died in drug-related violence in Mexico since President Felipe Calderon began an offensive against cartels in December 2006. Pena Nieto will succeed Calderon in December.

Drug cartels are among the biggest security threats facing Latin America and the Caribbean, General Douglas Fraser, the head of the U.S. Southern Command, said at an event in Miami today. Drug trafficking generates about $320 billion per year in profits, the United Nations Office on Drugs and Crime said in a report this week.

“The committee wishes to emphasize that the proposal is not to legalize the offense thereby purging it of all its penalties; it is merely to reduce and regulate,” the Belize government release said. “This is further supported by international trends toward decriminalization.”

Belize said it is taking public comments on its proposal through July 20.