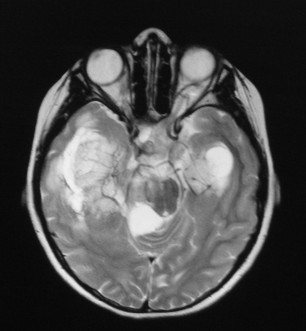 The active molecules in cannabis kill brain cancer — another study has revealed.

“High-grade glioma is one of the most aggressive cancers in adult humans and long-term survival rates are very low as standard treatments for glioma remain largely unsuccessful,” according to researchers Katherine A. Scott, Angus G. Dalgleish, and Wai M. Liu from the Oncology Department at St. George’s University of London.

Writing in Molecular Cancer Therapeutics this month, the team recounts how they decided to build on existing research that shows “cannabinoids have been shown to specifically inhibit glioma growth as well as neutralize oncogenic processes such as angiogenesis.”

The researchers wanted to boost the success of cannabinoids, so they investigated using THC and CBD both alone and in combination with radiation in a number of glioma cell lines.

Marijuana kills cancer cells in proportion to its dose and duration of treatment, researchers found, and whole plant cannabis rich in THC was more efficacious than pure, lab-grade THC alone.

Moreover, pre-treating cells with THC and CBD for four hours prior to irradiation increased the cancer-killing effects of radiation.

Tumors treated this way in mouse models for glioma showed “dramatic” results, with pot-treated tumors shrinking to nearly one-tenth the size of tumors in the control group.

“Taken together, our data highlight the possibility that these cannabinoids can prime glioma cells to respond better to ionizing radiation, and suggest a potential clinical benefit for glioma patients by using these two treatment modalities.”

The federal government states cannabis is a schedule one drug with no medical benefits and a high potential for abuse. However, 23 states have medical marijuana laws, and untold thousands of patients with untreatable gliomas are turning to cannabis not only for palliative treatment of chemo nausea and pain, but as an adjunctive therapy for treating the cancer itself.

Patients who want to use cannabis to cure their cancer are entering uncharted territory with few guides. Dr. Abrams said most doctors do not know about or understand the body’s endocannabinoid system, which was discovered in the ’90s. Americans and their doctors have been “terribly and systematically misled” about pot for decades, Dr. Sanjay Gupta stated this year.