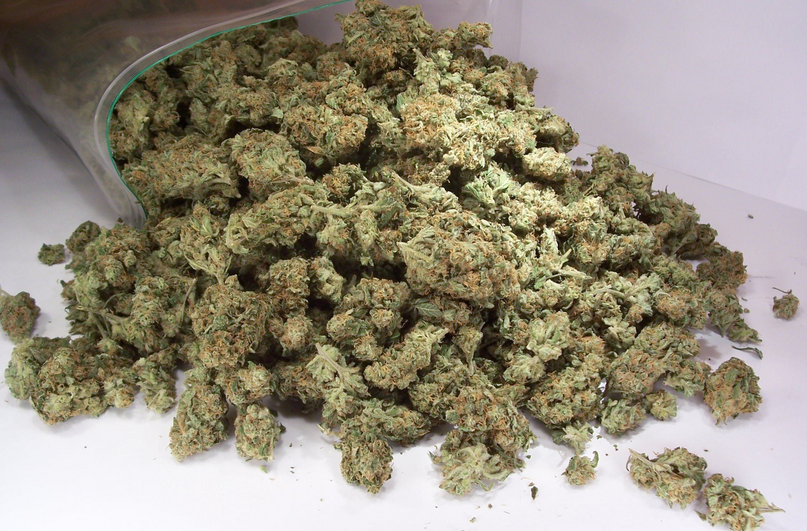 The City of Brotherly Love is decriminalizing marijuana possession and public consumption, ending a drug policy that has disproportionately targeted African Americans and Latinos in Philadelphia for decades.

After a long summer of negotiations between Mayor Michael Nutter and supporters of Councilman James Kenney’s decriminalization bill, the mayor agreed to sign the legalization measure, which will take effect October 20. Support from Philly cops, African American community organizations, and black media outlets helped forge the decriminalization law that passed 13-3 through the city council — a margin that would have overridden a potential mayoral veto.

“We’re the largest city in the US that will decriminalize successfully,” said Kenney’s policy director Chris Goy. “And in doing so, forged our own path against the state.” Marijuana possession is still illegal in Pennsylvania, and lawbreakers are remain subject to arrest, fines, and jail time.

A separate medical marijuana bill is still under consideration in the state legislature, and according to a Quinnicpiac University poll conducted in March, 85 percent of Pennsylvania voters support ending the state’s ban of medical pot. But, despite overwhelming support among voters, according to VICE News sources in Harrisburg, the state’s capital, the bill will likely fail to become law.

Philly’s decriminalization bill makes marijuana possession of less than 30 grams equivalent to a $25 jaywalking ticket. Smoking weed in public is a bit more serious: Anyone caught toking will have to fork over $100 or complete nine hours of community service.

Possession of weed previously carried a $200 fine, plus mandatory viewing of a three-hour video on the dangers of drug abuse. The video is widely considered a joke and ineffective, a symptom of the dysfunctional way the city, state, and country deal with the possession of tiny amounts of weed.

“After three years of closely monitoring Philly, we still remain concerned that racial disparity exists at every level, relating to the stop and frisk program,” Paul Messing, an attorney who works closely with the American Civil Liberties Union in Philadelphia, told VICE News.

Though marijuana advocates and civil rights advocates consider Philadelphia’s decriminalization ordinance a victory, concerns still remain, including a fear that the city’s police force won’t embrace the measure. Philly cops still use the controversial “stop and frisk” tactic, which ostensibly strives to reduce crime by eliminating vandalism and other petty crimes that proponents say are correlated with more violent and destructive acts.

“In particular, we have seen striking racial disparity in arrests for small amounts of marijuana,” Messing said. “We’re hoping new legislation reduces or eliminates that disparity.”

Black and Latino suspects account for 83 percent of the 4,000 weed possession arrests every year in Philly, city council member James Kenney told the New York Times. Nationally, the racial disparities are a well documented concern that, according to an ACLU report, may have influenced President Obama and other policy makers to shift their stance on prohibition.

But despite the overwhelming evidence in the wake of the ACLU’s report, opponents of Philadelphia’s decriminalization law remained unconvinced.

Historically, cops and their lobbying groups have opposed most attempts to decriminalize weed or make medical and recreational pot legal, according to Levine. In California, the first state to legalize medical marijuana, the state’s Police Chiefs Association has long been an opponent of plans to enact a statewide regulatory framework for the drug.

To get the cops on board with Philly’s decriminalization, Kenney and his allies partnered with Law Enforcement Against Prohibition (LEAP) — an organization of current and former law enforcement officials that aims to raise awareness about drug policy failures. After Philadelphia’s cops heard firsthand from a 30-year narcotics veteran from Maryland, it became clear that the sky wouldn’t fall if weed possession became the equivalent of a jaywalking citation, Goy said.

Police support is vital since pot remains illegal under Pennsylvania law, a fact that’s not going to change in the immediate future. Because weed is still illegal at the state level, cops can, theoretically, arrest people in Philly on suspicion of breaking state law. Convictions for breaking the state law carry fines of up to $500, 30 days in jail, plus a criminal record.

“With the cooperation of our police department, we helped forge the agreement to pass the bill,” Goy said. “The police commissioner said that they’re going to do everything they can to implement the bill, and they even recognize there are a lot of questions about those of have gotten arrest records in the past.”

The criminal record that comes with a state conviction is especially damaging to those who rely on federal government assistance programs such as subsidized housing and college loans, not to mention the difficulties of getting a job with a drug-related conviction, Goy said.

But the major bellwether in the Kenney’s effort was bringing the city’s African American community organizations on board with the legislation. “Councilman Kenney credits the real turning point to black radio and the black clergy for coming to support the bill,” Goy said. “They were avid supporters.”

Personal testimony also played a critical role in moving the debate, such as the story from a young mother who lost her job because she got busted with five dollars worth of weed in her pocket, Goy said. “The human element of what we’re talking about is a lot more effective than polling numbers.”