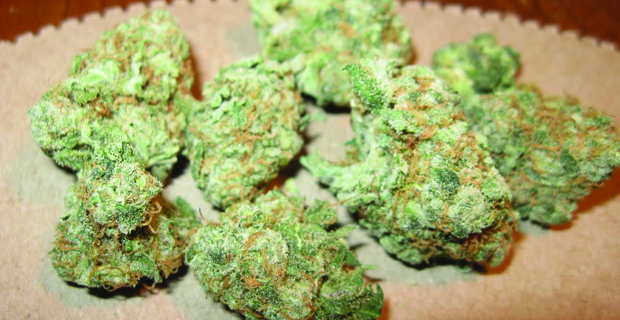 A new study showed just how much people use marijuana in the state of Colorado.

Not surprisingly, since legalization, use of pot was significantly higher than national averages.

While that may be good for the economy, what concerned some is kid’s use of the drug.

The data from the National Survey on Drug Use and Health, or NSDUH, showed kids 12 to 17 used the drug 20% more in the two years since legalization.

Across the board, pot use was up in every age group measured, but even with state campaigns educating kids about marijuana use the study showed this increase.

Some said this is just the tip of the iceberg for youth use.

Others said there’s a reasonable explanation for the increase.

“With the legalization of marijuana it has just kinda made people more comfortable with being open about. It’s more socially acceptable, so I think people are more open about the fact that they use it,” said Studio A64 Owner Ambur Racek.

“I can also see the argument that kids are still under reporting their use, because they’re being asked a question about something that’s still, somewhat, considered illegal at the federal level,” said Physician Kenneth Finn with Springs Rehabilitation.

Both sides said the argument boils down to simple facts.

“In comparison, other drugs that the kids are getting in to, I feel like pot is one of the ones we should maybe not focus so much attention on, because there’s serious things that are really hurting kids and I’m not saying I agree with underage pot use, but like I said, kids are gonna be kids and they’re just going to do what they’re going to do,” said Racek.

“I would agree that we do need be looking at things like molly, ecstasy, methamphetamine, but the numbers pale in comparison in the amount of usage with marijuana across the state and across the country,” said Finn.

“I think above all just talking with your kids about being responsible and what are good things to do and what are bad things to do, good decisions to make, and things like that are the most important. it all comes from your parenting,” said Racek.

“Not every kid is using. not every kid that uses is going to have trouble, but just by sheer numbers of kids using you’re gonna have more kids that are going to run into trouble,” said Finn.

Those against said serious steps need to be taken by the state to ramp up education.

They suggested it needs to start as early as 1st and 2nd grade about the dangers of youth pot use.

While others said programs like D.A.R.E. were around when they were kids, yet they still smoked as a teen.

They asserted that kids will do what they want.