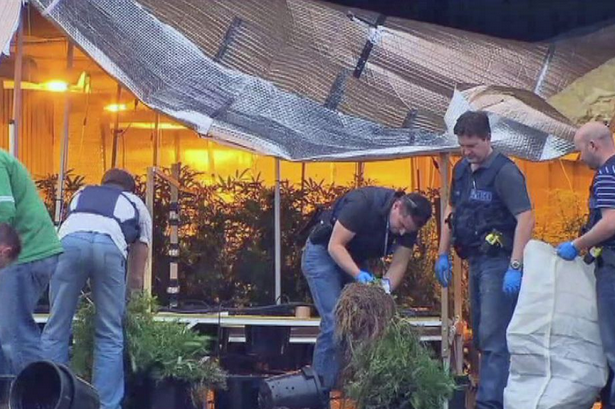 Officers from the gang crime squad found the nearly 400 plants in shed while carrying out a search warrant today.

“I can say I’ve seen a number of set-ups in my time in the service, and this one is very, very well done,” he said.

“It’s extensive, there’s a lot of planning that’s been put into it, and there’s a number of different areas inside the shed which have been set up.”

Police claim the find is linked to outlaw motorcycle gangs although they did not name which ones.

Inspector Christmass say police are yet to put a dollar value on the haul but it is significant.

“We believe that the cannabis that was being grown in these premises were destined for the organised crime industry so it’s a great win for us,” he said.

“And, it’s good to see we’ve got it off the streets before it’s affected anyone.”

Police say the offenders by-passed the electricity grid to get power to the shed.

Two men and two women have been taken into custody.