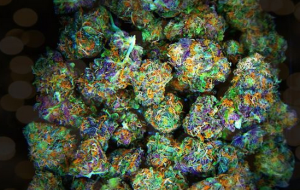 Cannabis use is associated with reduced mortality risk in patients with psychotic disorders, study results suggest.

In contrast, alcohol use was not associated with mortality risk in psychosis patients, report Maju Mathew Koola (University of Maryland School of Medicine, Baltimore, USA) and team.

“This interesting finding of decreased mortality risk… cannabis users is a novel finding and one that will need replication in larger epidemiological studies,” they comment in theJournal of Psychiatric Research.

The researchers studied 762 patients with schizophrenia, schizoaffective disorder or psychosis not otherwise specified, aged 18-55 years, who were followed up for more than 10 years.

Clinical charts were used to assess substance use among the patients, which was defined as regular and heavy use, abuse, or dependence.

In total, 584 (77%) patients had co-morbid lifetime substance use, with cannabis and alcohol being the most common substances used, at 39% and 63%, respectively.

Examination of the Social Security Death Index revealed that 62 patients died during the follow-up period.

Analysis revealed than cannabis users were significantly less likely to die over the study period than nonusers, with 5- and 10-year overall mortality rates of 3.1% versus 7.5% and 5.5% versus 13.6%.

The reduced mortality risk among cannabis users remained significant after accounting for age, gender, race, and smoking status, at a hazard ratio of 0.5 compared with non-users.

There was no association between alcohol use and mortality, after adjustment for confounding factors, the researchers note.

They add: “Future research is warranted to replicate these findings and to shed light on the anti-inflammatory properties of the endocannabinoid system and its role in decreased mortality in people with psychotic disorders.”