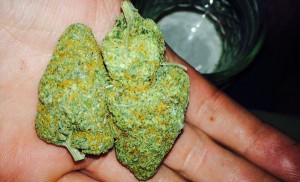 It’s often said that pot smokers are lazy and useless. Well people, that simply isn’t true. We have compiled some of the smartest pot smokers on the plant…you might be surprised.

Steve Jobs – It’s been reported the Apple co-founder smoked pot and took LSD in his first semester at Reed College in Portland, Oregon in 1972. Since dropping out from the school, he’s only gone on to become one of the most successful and wealthiest people in America. In 1984, he received the National Medal of Technology from President Ronald Reagan. In 2007, Fortune Magazine named him the most powerful person in business and then California Governor Arnold Schwarzenegger inducted him into the California Hall of Fame. Fortune also named him CEO of the Decade in 2009 while Forbes ranked him #57 on their list of the World’s Most Powerful People that same year. The Financial Times named Jobs its person of the year for 2010. Steve Jobs of course passed away in 2011. RIP Steve.

Carl Sagan – It’s hard to argue for pot slowing you down when you look at Carl Sagan’s record. Apparently a confirmed and admitted stoner, among his many achievements are a Pulitzer Prize, an Emmy, a best-selling novel, as well as more than 500 science papers and articles. He was a founding member of the Planetary Society, and he won a pipe load of scientific awards.  Hardly surprising, he is said to have believed in the validity of stoned insights. I believe in them too, it’s just that Carl’s revolved around the origins of the cosmos, not which bagel store is open at 3 in the morning.

Stephen Jay Gould -Paleontologist, biologist, science historian. Most famous scientific contribution was the theory of punctuated equilibrium, which says that most evolution is marked by long periods of stability. Kind of like most of us after a good bong hit. One of the most influential and best read writers of popular science, Gould became an advocate for medical marijuana following his diagnosis with cancer. He claimed it had an “important effect” on his recovery. He also testified in court to the benefits of marijuana, and is quoted as saying “it is beyond my comprehension that any humane person would withhold such a beneficial substance from people in such great need simple because others use it for different purposes.”

Francis Crick – Won a Nobel Prize for figuring out the double-helix structure of DNA. Rumor has it that he was on acid at the time. Crick wasn’t the first to see twin twisted monsters coming at him during an acid plunge, but he was the first to recognize as an important scientific discovery. As a founding member of Soma, a legalize cannabis group, he also experimented pot, which he believed helped to remove the filters of abstract thought.

Margaret Mead – When she died in 1978, Mead was possibly the most famous Anthropologist on the planet. Time had named her Mother of the World in 1969. She authored or co-authored around 40 books, received 28 honorary doctorates, and was President of both the American Anthropological Association and the American Association for the Advancement of Science. Most famously, she testified before Congress on the legalization of marijuana. She testified on lots of stuff, but it’s this one everyone remembers. Afterwards, she was called a dirty old lady, crazy, and no doubt many other things.

Andrew Weil – Had a mushroom named after him. Do we need to know any more? Well, yes, we do. Although he looks like he’s been binging on an all-night high, Dr. Weil has medical and biology degrees from Harvard, is a naturopath, as well as a widely acknowledged expert on medicinal herbs, alternative medicines, and mind and body interactions. He was on the cover of Time, has written a bunch of books, and used to write for High Times. He talks about the advantages of stoned thinking, as well as an innate need to alter consciousness. Is that him or us? Whatever, it’s clearly worked for him.

Kary Mullis – Another Nobel Prize winner, another stoner. Mullis tried heavier drugs than just pot. He invented the polymerase chain reaction, which if it’s slipped your mind, is the one that allows duplication of parts of DNA. He says acid helped him to develop it, perhaps along with pot, which he allegedly smoked just before his first trip. While most of us have trouble figuring out how a chair works when we’re high, this guy was working out how to mimic nature.

Oliver Sacks – If you’ve seen “Awakenings” with Robin Williams, you already know something of Oliver Sacks’ work. He’s a neurologist, the film based on his book of the same name. He also wrote The Man Who Mistook His Wife for a Hat. Sacks is an Oxford graduate and professor of neurology at Columbia Medical Center. He’s been referred to as the poet laureate of medicine, and received numerous awards and honorary doctorates in the field of neurological science. Not bad for a man who’s admitted to using marijuana on a more that recreational level, seeing it as a potential gateway to other minds and other consciousnesses.

Richard Feynman – Physicist who helped design the atomic bomb. Well, nobody said anyone on this list was wise, just smarter than average. Feynman used pot to enhance his out of body experiences while in a sensory deprivation tank. When he came out, he won a Nobel Prize for his theory of quantum electrodynamics.

Sergey Brin – He has a BS from the University of Maryland, a MS from Stanford and took PhD courses at Stanford before putting that on hiatus to co-found Google with Larry Page. His dad’s a math professor at the University of Maryland. His mom’s a research scientist at NASA’s Goddard Space Flight Center. His wife, Ann Wojcicki, is a biotech analyst who graduated with a B.S. in biology from Yale in 1996. She and Brin are working with leading researchers to help doctors, patients, and researchers analyze the human genome data and try to repair “bugs” as if DNA were HTML. He was inducted into the National Academy of Engineering, which is “among the highest professional distinctions accorded to an engineer” and received the Marconi Foundation Prize, the “Highest Award in Engineering”. Like Jobs (see above), he’s among the wealthiest in the world.