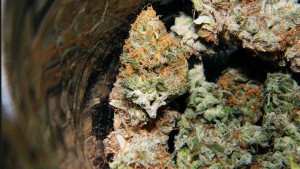 It seems like states are loosening marijuana laws all the time these days. With the decriminalization of either medical or recreational marijuana, smoking a joint in public seems to be getting less and less of a big deal, depending on the state in which you live, of course. Does that mean 420 is a thing of the past now?

Oh, of course not. We’re all adults here. Let’s not be naive.

But before you partake in any 420 festivities this year, don’t you think you should know why college students and anyone just looking for some chill celebrate this holiday every April 20? You know it’s the right thing to do.

For years, people have speculated about the true meaning of 420. Some popular myths about the origins of 420 include that the number is the police code for marijuana, it’s the number of chemical compounds found in weed or it has some connection to Adolf Hitler’s birthday, April 20, 1889.

However, 420 thankfully has much more innocent and good-natured origins than anything having to do with all of that. Five San Rafael High School friends in San Rafael, Calif. collectively called the Waldos probably started the 420 tradition, according to the Huffington Post’s seminal story on the history of 420. The code first came about in the fall of 1971 because the Waldos planned to meet at a statue of Louis Pasteur at the school at 4:20 before they went on an expedition to score some free weed from a plot of marijuana plants abandoned by a Coast Guard service member.

“We would remind each other in the hallways we were supposed to meet up at 4:20. It originally started out 4:20-Louis and we eventually dropped the Louis,” Waldo Steve, which is not his real name, told the Huffington Post.

The Waldos kept meeting up at 4:20 to find the plot, but even after they were unsuccessful, the group used 420 as code for their pot-related activities, such as asking others if they had any marijuana or if they wanted to smoke some. This helped the Waldos keep their toking on the down low without their teachers or parents knowing what they were talking about. Grown-ups, am I right?

So how did the term 420 spread beyond San Rafael? You can, unsurprisingly, thank the Grateful Dead for that.

When the 1960s ended, the Dead left the Haight in San Francisco for the Marin County hills near San Rafael High School, according to the Huffington Post. The Waldos got to know the Dead thanks to Mark Waldo’s father handling the band’s real estate and Waldo Dave’s older brother Patrick befriending the Dead’s bassist Phil Lesh. The Waldos think it’s likely that they used the code around the Dead, who then may have spread it across the country while on tour.

In 1990, Steven Bloom, then a reporter for High Times magazine and later publisher of CelebStoner.com, received a flyer while walking in, where else, the parking lot of a Dead concert, according to the Huffington Post. The flyer detailed the story of 420, which began as “as the police code for Marijuana Smoking in Progress” in San Rafael, Calif. Though the part about the police code was later proven to be false, Bloom helped bring the term to the attention of High Times editor Steven Hager, who told the reporter to publish the flyer, which he did in 1991. Hager also adopted the term, so much so that he planned a festival around that date, created a section of the magazine named after the number and scheduled daily staff meetings for 4:20 p.m., according to the Daily Beast. High Times eventually got in touch with the Waldos and published the group’s story in the magazine in 1998.

Fast-forward to 2017, and 420 is as big a holiday as ever, at least as unofficial ones go. You’ll find 420 events all over the country and the world, such as Atlanta’s SweetWater 420 Fest, which has become a major musical festival in recent years. States like Colorado where it’s now legal to smoke marijuana are bracing for an influx of tourists around April 20.

Well, there you have it. Enjoy smoking not just today but everyday!