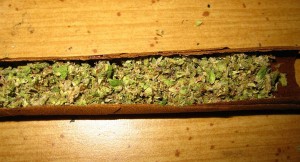 Cannabis legislation is popping up like seedlings in states across the nation because public opinion polls show most Americans support the decriminalization of marijuana for a variety of reasons.

A Gallup poll in late 2014 showed 51 percent of Americans favor legalizing marijuana, down from a high of 58 percent in 2013 but still above the 50 percent mark reached in 2011 and 2012. The upward trend reflected a dramatic change from nearly a half-century ago, in 1969, when only 12 percent of adults favored the drug’s legalization.

House Bill 2165 introduced by Rep. David Simpson, a Republican from Longview in Northeast Texas, would put an end to Texas’ century-old prohibition of marijuana. After he filed the bill, Simpson wrote in an editorial published by the Texas Tribune, “I don’t believe that when God made marijuana he made a mistake that government needs to fix.”

The legislator said marijuana should be regulated in the same manner as popular Texas vegetables like tomatoes and jalapeno peppers.

Lifelong Republican Ann Lee, an 85-year-old who formed Republicans Against Marijuana Prohibition, noted the cannabis laws conflict with the Republican Party’s views on promoting personal freedom and restricting government regulation. She praised Simpson’s bill saying, “It’s true saying that prohibition doesn’t work, and we need to rectify if possible the harm that has been done.”

There are now about a dozen pieces of marijuana legislation pending in the Texas Legislature that would either legalize medical use of cannabis or reduce the penalties for possession of the drug.

The House Committee on Criminal Jurisprudence recently heard from supporters and opponents of reducing penalties for marijuana possession and legalization. Opponents argued any sort of tolerance of the drug would lead to moral and physical decay of the state’s population, similar to the Bible-waving naysayers of yesterday who stand firmly committed to regulating what goes on in the privacy of other people’s living rooms and bedrooms.

Supporters of decriminalizing marijuana claimed Texas would save almost a quarter-billion dollars by ending the prosecution, and they cited an official state fiscal report. The legalization of personal marijuana use would remove thousands from the criminal and juvenile justice system and reduce workloads in criminal courts, according to the supporters.

Critics of Texas’ marijuana laws point out that the state’s prisons are full of people convicted of possessing or selling small amounts of marijuana. Supporters of marijuana reform also believe decriminalization would help reduce organized criminal activity and the violence associated with it.

Since Colorado voters legalized the sale of marijuana for recreational use and retail stores began marketing the drug in January 2014, the state has benefited from a new source of tax revenue. The state’s new marijuana industry quickly thrived, and the influx of visitors to the mountain state no doubt includes countless Texans traveling there to get high while spending money in restaurants, hotels and entertainment venues. Some will be prosecuted in Texas for returning home with marijuana they purchased legally in Colorado.

Critics of the laws allowing the medical use of marijuana claim prescriptions are too easy to obtain, but marijuana is highly effective in easing the pain and nausea associated with cancer treatment, according to many patients and their doctors.

Recreational use is allowed only in Alaska and Colorado.

Not many people expect the Texas Legislature to actually legalize marijuana this session, but the large amount of legislation supported by both Democrats and Republicans suggests attitudes will continue to change in the coming years.

Politicians react to phone calls, emails and letters. If everyone in the state who supports marijuana reform let their elected representatives know their stand on the issue, the state would see progress far more quickly than will otherwise occur.

Information about ongoing efforts to promote marijuana reform is available at www.TexasMarijuanaPolicy.org.