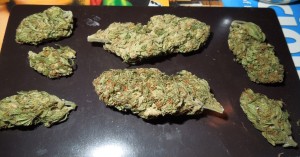 The U.S. Supreme Court on Monday refused to consider a lawsuit from Nebraska and Oklahoma against Colorado’s regulated sales of marijuana for recreational use, removing a major threat to the multibillion-dollar state-legal cannabis industry.

Possession of marijuana for any reason outside limited research remains a federal crime, and marijuana reform advocates feared an unfavorable ruling would take a wrecking ball to laws in four states that allow recreational pot sales and medical marijuana laws in many others.

Colorado’s neighbors argued the 2014 opening of recreational marijuana stores selling small amounts to anyone 21 and older caused an increase in cross-border criminality, and that Colorado’s regulation of pot stores was illegal under federal law.

The Obama administration has allowed states broad leeway to regulate marijuana sales, even though federal prohibition remains intact, and urged the court in December to dismiss the states’ lawsuit. A future administration likely could end executive branch permissiveness.

The Supreme Court previously passed over an opportunity to kill state medical marijuana laws in its 2005 Gonzales v. Raich decision, which upheld the ability of Congress to make marijuana possession a federal crime, even in states that allow its use. And though an opinion was not issued, the court’s non-action in 2014 forced Arizona police to return medical marijuana to a California resident.

Colorado’s Republican attorney general, Cynthia Coffman, defended the state against the legal challenge. She told U.S. News last year she personally opposes pot legalization but saw it as her job to defend state laws, and in a statement Monday indicated continued discomfort with legalization.

Newer PostWhat is Sativa Marijuana
Older PostMedical Marijuana May Aid in Weight Loss (What About the Munchies?)
Marijuana World News