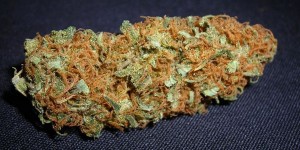 The Pennsylvania House of Representatives is scheduled to take up a bill to legalize medical marijuana.

The bill has been stalled in the House since it overwhelmingly passed the Senate last May.

Patients with a prescription could get medical marijuana in oils, pills, and ointments. The bill also allows for vaporization, where marijuana is heated to form a vapor. Patients would not be able to use edible products or smoke marijuana.

The House and Senate must pass identical bills. That means the bill would have to go back to the Senate if the House passed any amendments.

Governor Tom Wolf says he supports the bill and will sign it into law if it passes.

Medical marijuana is legal in 23 other states and in Washington, D.C.

The House is expected to begin voting at 1 p.m. inside the state Capitol.