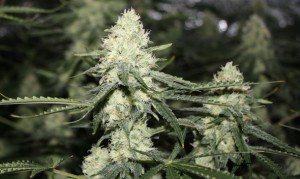 A group is gathering signatures to amend the state’s constitution so that Ohioans can legally consume marijuana for medical and recreational use.

The group, called ResponsibleOhio, needs to collect more than 300,000 signatures to put the amendment to a vote in November.

If voters approve the amendment, Ohio would join Colorado, Washington Oregon and Alaska as states that have legalized marijuana for recreational use.

Washington, D.C., allows recreational use of marijuana, but it’s still illegal to sell pot there. Many other states have legalized medical marijuana.

In Ohio, the amendment would allow residents at least 21 years old to possess up to one ounce of marijuana for personal use. It would also allow doctors to prescribe marijuana for certain medical reasons, such as glaucoma.

Under the amendment, the state would give permits to nonprofit dispensaries that would supply medical marijuana and retail stores to sell recreational pot. Residents would also be able to grow a limited number of cannabis plants at home.

However, large-scale marijuana production would be limited to 10 commercial growing facilities in specific locations throughout the state.

Critics say the investors behind ResponsibleOhio want to take full control of those production facilities, effectively creating a marijuana cartel.

But the group stresses that the growing facilities would be operated by separate companies that would compete on price and quality.

“There is no coordination between them, they will be trying to make money by selling the best goods at the best prices to stores, dispensaries and manufacturers,” ResponsibleOhio says on its website.

In addition, the group says 1,100 permits will be available for Ohioans to create small businesses in the marijuana industry.

The state would impose a flat tax of 15% on revenue generated by the production facilities and 5% on sales at the retail shops. More than half of the money is earmarked for a state fund used for cities and local governments, with the rest going to public safety and funding the bureaucracy overseeing the marijuana business.

That’s optimistic. Colorado raised $53 million in tax revenue from recreational pot sales in 2014, the first year residents were allowed to buy it legally.