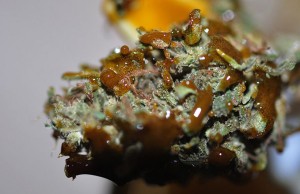 State lawmakers voted Monday night to poke a small hole in laws against the use of marijuana in the Volunteer State.

As The Tennessean reports, the state House and Senate both voted unanimously to allow limited use of medicinal cannabis oil. The measure is narrowly tailored, allowing patients — mostly children — with seizures to use the low-potency oil.

A broader, Republican-backed measure that would have allowed a wider array of patients to use some forms of marijuana was recently sent to a summer study committee.

The oil bill, which requires Gov. Bill Haslam’s signature, requires a “legal order or recommendation” for use of the oil, according to The Tennessean. To obtain it, patients would likely have to get the oil from a state with a legal, recreational marijuana industry, such as Colorado or Washington.