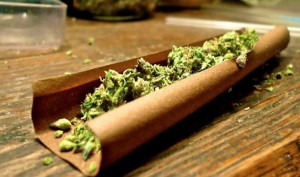 A mother in Ohio claims she found an unsavory, deep-fried surprise in her 4-year-old daughter’s french fry order from Wendy’s.

Springfield’s Dezeray Risner said she found weed in the meal after her daughter said the fries “tasted funny and were ‘yucky,’” according to a Huber Heights police report.

“So I told her to spit it in my hand, (and) I just kind of reached my arm back,” Risner told FOX 25. “She did and when I looked at it, you could see it. It was chewed up with the French fries. There was the weed in there, the wrap that it goes in or whatever. I freaked out.”

Risner says she then called the restaurant but a manager reportedly told her said that no one at the store had marijuana. Risner proceeded to call the police department and reported the incident. An officer opened the bag and saw green, leafy vegetation mixed with the fries and could also smell a strong scent of marijuana from the food.

The officer went to the Wendy’s location and spoke with the shift manager and three employees. Two of the employees admitted to smoking the drug but no weed was found following a search of the restaurant’s facilities.

The concerned mother told PIX11 she believes the drugs came from a joint somebody likely rolled or smoked near where the fries were being prepared.

“It was someone’s personal blunt, likely stuffed near or on their persons and dropped into my daughters food,” Risner said. “The fries were not ‘laced,’ sprinkled with weed, or deep-fried with weed (that one alone sounds ridiculous).”

The day after Risner posted photos of the meal, Wendy’s issued a statement.

“Please know all of our customers as well as the quality and integrity of our food are a top priority at Wendy’s and we are taking this very seriously,” the restaurant chain said.