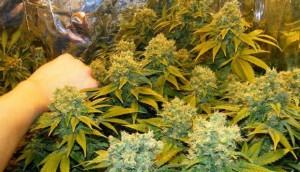 Drugs used in medicine are routinely given what is called an LD-50. The LD-50 rating indicates at what dosage fifty percent of test animals receiving a drug will die as a result of drug induced toxicity. A number of researchers have attempted to determine marijuana’s LD-50 rating in test animals, without success. Simply stated, researchers have been unable to give animals enough marijuana to induce death.

In practical terms, marijuana cannot induce a lethal response as a result of drug-related toxicity.”

Even if someone is smoking marijuana concentrates or ‘dabs’ which can be 3-4 times more potent than their flower counterparts, that’s still hundreds of pounds of marijuana dabs within a 15 minute period. A person would pass out before they experienced a lethal dose level of marijuana. Something could harm the person if they fell while passing out resulting in death, but that’s different than the marijuana itself causing death. Some readers are probably wondering why the federal government fights so hard against marijuana research. Maybe it’s because every time they research marijuana they find out how wrong they are…