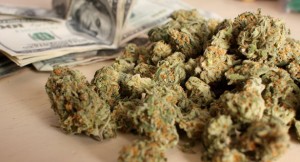 Chronic marijuana in the teenage years does not cause depression, psychotic symptoms, asthma or any other conditions thought of associated to it, a recent study revealed.

Even the researchers were surprised with the results. “What we found was a little surprising,” Dr. Jordan Bechtold, a psychology research fellow at the University of Pittsburgh Medical Center, revealed in a press statement.

“There were no differences in any of the mental or physical health outcomes that we measured regardless of the amount or frequency of marijuana used during adolescence,” he continued.

This latest finding, published in Psychology of Addictive Behaviors, contradicted to earlier studies, which reported that teenage marijuana users manifest psychotic symptoms and depression and event cancer and asthma during their later years. The study, which spanned 20 years, concluded that there is no link between marijuana use and ill-health. Young marijuana users did not even show signs of allergies, headaches or high blood pressure later in their life.

The Researchers kept track of the health condition of 408 participants of the Pittsburgh Youth Study, from 1987 when they were 14 years old. They health and social issues were even put into consideration. For 12 years, the researchers were interviewed once a year and again when they were 36 years old. The researchers then categorized the participants into four groups depending on how they used marijuana. They found that 46 percent were low- to non-users, 22 percent were early chronic users, 11 percent were only teen smokers and 21 percent continued smoking from their youth until their adulthood.

Marijuana smoking was most prevalent among early chronic users, averaging 200 times every year by age 22, but the frequency of use eventually declined as years passed by.

“We wanted to help inform the debate about legalization of marijuana, but it’s a very complicated issue and one study should not be taken in isolation,” Bechtold said, explaining that their study stemmed from the mounting concerns about the long-term effect of marijuana to young users.