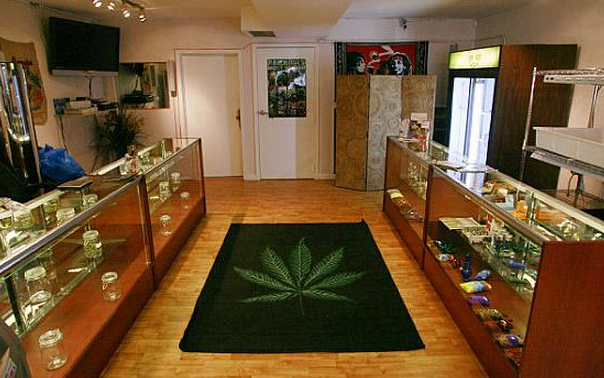 Want to be in the legal pot industry in Colorado? Open your checkbook.

The bank that emerged relatively unscathed from the financial crisis faces a bevy of probes and lawsuits.

The proposed rules require would-be “ganjapreneurs” to pay up to $5,000 just to apply to be in the recreational pot business. Operational licenses cost another $2,750 to $14,000. Those who want to sell both medical and recreational pot would have to pay double.
Successful applicants must also pass a gauntlet of criminal background checks and residency requirements.

The result is expected to be an industry that will have as much red tape as green leaves. Colorado is trying to show it can strictly regulate and control a drug that has been operating in the shadows for decades, despite the advent of medical marijuana more than a decade ago.

Colorado will also be screening future marijuana businesses to make sure no owners live out of state, a requirement set forth by state lawmakers earlier this year. The residency requirements — which apply from owners all the way down to so-called “bud-tenders” who man the counters and measure out marijuana — are a holdover from Colorado’s existing medical marijuana industry.

The hefty operational license fees, according to state officials, are needed to pay for enforcement of the nascent industry. Plans call for an ambitious seed-to-sale tracking system in which Colorado will require video surveillance of all plants as they grow and are prepared, packaged and sold to customers.

The Department of Revenue aimed to use seed-to-sale tracking for Colorado’s medical marijuana business, but the agency ran out of money before getting the program fully operational. State officials said Tuesday they plan to have the plant-tracking system operational by October.

The Department wants to avoid a budget shortfall and tracking glitches in the larger recreational market, so operational fees are high. Retail stores will have to pay $3,750 to $14,000 a year, depending on their size. Growers will pay $2,750 a year.

Some in the industry complained Tuesday that Colorado is setting high fees before knowing what it will cost to enforce a brand-new industry. The marijuana industry is especially upset about double licensing fees faced by sellers of both recreational and medical pot.

Michael Elliott, head of the Denver-based Medical Marijuana Industry Group, complained that Colorado is charging steep fees with no “rational basis in the costs of enforcement.”

He said pot shop owners should get a break on licensing fees if they want to sell pot to both medical patients, who will pay lower taxes and be able to buy up to 2 ounces, and recreational pot users, who must be over 21 and have lower purchasing limits.

A patient advocate who’s not in the industry complained that the regulation should require advanced notice if medical shops plan to stop selling medical pot.

Teri Robnett worried that many of Colorado’s 600 or so medical marijuana shops will simply switch to all-recreational to avoid doubling their fees, leaving patients without a designated provider.

“Patients ultimately will suffer,” she said.

The state’s final retail pot regulations will be final by mid-October. Retail sales may begin Jan. 1, though many municipalities including Denver may not be ready by then and will start recreational sales later.