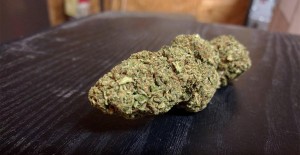 Canadian Prime Minister Justin Trudeau promised during last year’s election campaign that his Liberals would legalize recreational marijuana, following the U.S. states of Washington and Colorado, but the time frame has been unclear.

Philpott, speaking at a special session of the U.N. General Assembly in New York on drug problems around the world, said the Canadian law will ensure marijuana is kept away from children and will keep criminals from profiting from its sale.

“We will work with law enforcement partners to encourage appropriate and proportionate criminal justice measures,” she said. “We know it is impossible to arrest our way out of this problem.”

Medical marijuana is a separate issue from recreational marijuana in Canada and already is legal. Canada’s medical marijuana growers say a jump in the number of illegal marijuana dispensaries as the federal government decides how to regulate the drug is costing them customers.