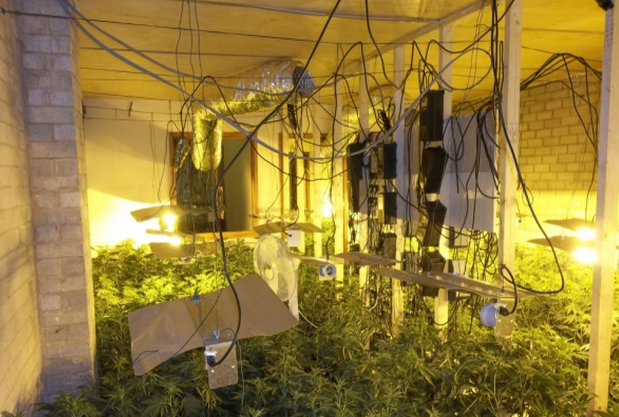 TWO men have been arrested after police seized more than 300 cannabis plants in Pemberton.

A 31 year old and a 22 year old were both arrested on suspicion of production of a controlled drug after officers raided an address on Richmond Hill in the early hours of Saturday morning (August 17).

Inside, they discovered a large scale cannabis farm. The plants had an estimated street value of over quarter of a million pounds and have since been destroyed.

Detective Inspector Joanne Clawson based at Wigan Police Station said: “This was a large find and thanks to help from the community we have been able to take these drugs off the street.”

“Drugs are a scourge on our local neighborhoods and we are doing all we can to get rid of them. However, we still need the support from local residents and I would urge them to contact us if they know of anyone who is producing or dealing drugs. Together, we can make our communities a safer place.”

Police say the raid is not connected to a raid on Marsh Green, Marsh Green a week earlier.

Both men have been bailed until November 8.