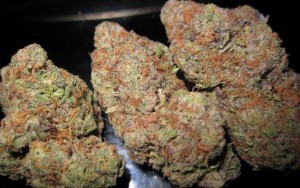 Under the bill, which now moves to the state Senate, people over 21 years of age would be allowed to legally possess three-quarters of an ounce of marijuana and grow up to three mature cannabis plants at home. Retail sales locations would not be allowed.

The noncommercial approach is similar to a bill advancing in neighboring Vermont. There, the House passed a legalization measure on Thursday — the same day U.S. Attorney General Jeff Sessions tore up Obama-era marijuana guidance. That state’s Senate, which previously OKed similar legislation, is expected to give its final approval on Wednesday, and Gov. Phil Scott (R) has pledged to sign legalization into law.

The swift action by the two states represents a stunning rebuke to the Trump administration’s anti-cannabis move, which was also roundly slammed by dozens of members of Congress from both parties.

In New Hampshire, the House voted to amend a broader bill that would have allowed legal, taxed and regulated marijuana sales. The legislation, as introduced, was defeated in committee in November. Opponents argued that because a legislative study commission is currently examining how legalized marijuana commerce might work in the state, passing the bill now would be premature.

On Thursday, supporters successfully moved a floor amendment to scale the proposal back to only legalize possession and home cultivation.

The vote on overturning the committee’s recommendation to kill the bill was 183 to 162. The body then amended the bill to remove the commercialization provisions via a voice vote. Final passage was approved by a tally of 207 to 139.