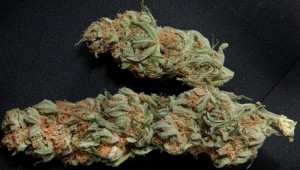 Three U.S. senators are expected to introduce a bill into Congress Tuesday that would legalize medical marijuana nationwide, a move advocates of marijuana legalization are applauding as an historic step toward ending the federal prohibition on a product whose medicinal applications are many. Experts described it as the most far-reaching medical marijuana bill ever to go to Congress and the first time such a bill has been seen in the Senate.

“This is a significant step forward when it comes to reforming marijuana laws at the federal level,” Dan Riffle, director of federal policies for the Marijuana Policy Project, said in an emailed statement. “The vast majority of Americans support laws that allow seriously ill people to access medical marijuana … The introduction of this legislation in the Senate demonstrates just how seriously this issue is being taken on Capitol Hill.”

Among other things, the bill would downgrade marijuana to Schedule 2 on the Drug Enforcement Agency’s classification system. As a Schedule 1 drug, marijuana currently is considered as having a “high potential for abuse” and “no … accepted medical use.”

The bill would make interstate transport of medical marijuana easier, according to the Washington Post. It would change national drug rules regarding marijuana’s use in research, allowing cannabis to be studied more widely. The bill would also give medical marijuana businesses greater access to banking services, and allow Department of Veterans Affairs doctors to prescribe the drug for certain medical conditions.

The bill comes on the heels of a measure passed in December and included in the 2015 fiscal spending bill that essentially barred the Justice Department from diverting funds toward interfering with states’ medical marijuana laws. Twenty-three states and the District of Columbia currently allow medical marijuana to be cultivated, sold and used.