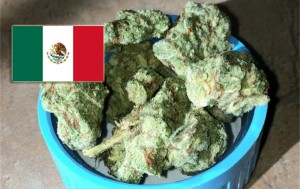 Mexican President Enrique Pena Nieto has proposed legalizing marijuana for medical purposes and easing limits for personal use of the drug.

He said he would be sending a bill to the Congress to increase the amount users can legally carry from the current five grams to 28 (0.18-1oz).

Tens of thousands of people have been killed in drug-related violence in Mexico in recent years.

“We, Mexicans, know all too well the range and the defects of prohibitionist and punitive policies, and of the so-called war on drugs that has prevailed for 40 years,” President Pena Nieto said on Thursday.

“Our country has suffered, as few have, the ill effects of organised crime tied to drug trafficking.

“Fortunately, a new consensus is gradually emerging worldwide in favor of reforming drug policies. A growing number of countries are strenuously combating criminals, but instead of criminalizing consumers, they offer them alternatives and opportunities.”