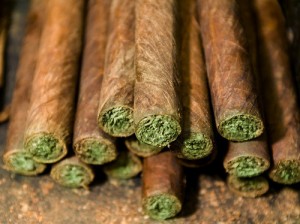 An effort to legalize marijuana is getting underway in the Italian parliament, with some 60 lawmakers having signed onto a motion to do just that by the time it was rolled-out three weeks ago. Now, the “all party” group is getting to work on the twin tasks of drafting an actual legalization bill and getting it enacted into law.

The effort is being led by Sen. Benedetto Della Vedova, who is also Italy’s undersecretary of state for foreign affairs. Della Vedova was a long-time member of the country’s Nonviolent Radical Party, but was elected to parliament as a member of the centrist Scelta Civica.

The Radicals are a small but influential party that has called for marijuana legalization since the 1970s, and Della Vedova’s pot politics go back to the last century as well. He and other Radicals were arrested for publicly distributing hashish at an anti-prohibitionist rally in 1995.

They didn’t get much political traction then, but times have changed. Della Vedova is a senator, not an agitator; there is support from within the governing coalition and even from within law enforcement; and the Italian public seems to be ready to relax the pot laws.

A little more than a year ago, the country’s top court threw out a 2006 law that put marijuana in the same legal category as heroin and cocaine and swelled the country’s prison population. That Berlusconi-era approach has been replaced by a sort of decriminalization, where users face misdemeanor charges, but only fines or administrative penalties, such as suspension of a driver’s license. But people caught growing plants still face possible jail time.

That softening of the marijuana laws went largely unopposed and unremarked upon. A more remarkable indication of changing attitudes was the February release of the National Anti-Mafia Directorate’s annual report. That report from Italy’s top crime-fighting organization said frankly that marijuana prohibition had failed and that it was time to consider legalization.

In view of “the failure of prohibition,” the group will draft “a pragmatic, non-ideological bill” regulating marijuana, thus diverting profits from organized crime from organized crime,” Senator Della Vedova told reporters as he announced the measure. “Repressive action has totally failed.”

The time has come, he said.

“This is a bipartisan proposition from members of the parliament of different political backgrounds,” Della Vedova said. “This shows that even in Italy, a pragmatic approach, based on a rigorous cost-benefit analysis, is now increasingly popular in the political and cultural debate, not only outside but also inside the parliament.”

The idea is picking up steam, Carmelo Palma, technical coordinator for the parliamentary working group, told the Drug War Chronicle this week.

“The group has now reached more than a hundred members, and it’s very rare that a group of concerned legislators get together during a session to attempt to co-draft a bill,” he said. “This is more than just a nice beginning.”

Most of the signatories are from the ruling center-left Democratic Party, although some members of right parties have signed on as well. Prime Minister Matteo Renzi hasn’t commented on the push, but has previously gone on record supporting the decriminalization of “soft drugs.”

The parliamentary group met for the first time last Thursday to select a coordinator who will gather the various legalization proposals put forward, and there is a meeting to review the scientific evidence around marijuana that will take place in May or June. After that, said Palma, will come a public meeting before parliament recesses for the summer.

The process will take some time, but that’s to be expected, said Radical Party United Nations representative Marco Perduca.

“Some sort of consensus legalization model needs to emerge,” he told the Chronicle. “Being an ‘all-party’ group, there are different approaches, from the super-libertarian to the statist. I think what is clear is that all aspects will have to be regulated, from production to consumption through commercialization.”

Perhaps a limited duration trial program would be the way to go, he suggested.

“In any case, personal cultivation should always be allowed at home, and commercial production should also be allowed with clear rules,” Perduca offered. “As far as selling is concerned, both cannabis social clubs and coffee shops could be models to adopt.”

Perduca was willing see limitations—at least temporarily—on quantities that could be purchased, but rejected restricting sales to citizens, as the Dutch have tried to do in a bid to head off “drug tourism.”

Marijuana legalization is desirable for both moral and practical reasons, the Radical said.

“Isn’t a freer world a good enough answer?” he asked. “Money spent to bust pot smokers has always been money wasted, and legalizing marijuana would allow us to not only invest in other public policies, but also promote a model of where the state doesn’t tell you what to do, but allows you to make your own choices in an informed way.”

It isn’t going to happen this month, or probably even this year, but pot legalization seems to be on its way in Italy. If that’s the case, Italy could lead the way for the rest of Europe. Pot is decriminalized in several countries, and Holland famously turns a blind eye to its famous cannabis coffee shops, but no European country has yet followed the lead of Uruguay and that small but growing number of US states that have freed the weed.