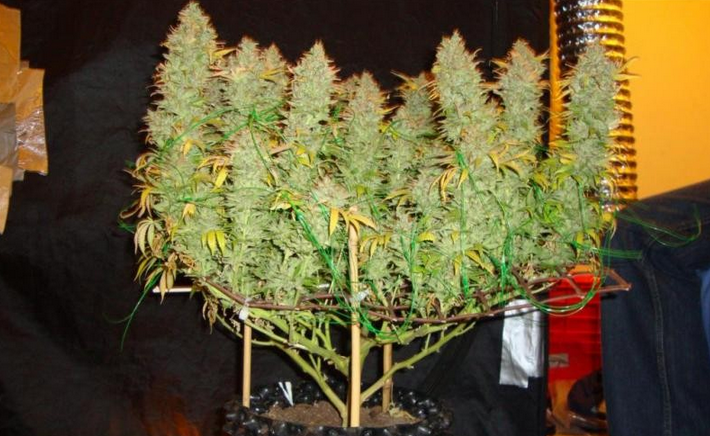 The marijuana industry may have already added over 175,000 jobs and that’s just the beginning. First, there are very few statistics on marijuana industry jobs. Hardly any states are tracking it and even the web sites that advertise for marijuana jobs don’t have any information and didn’t return calls.

So here’s how I came up with this number. I went to each state to see if they published numbers on the amount of people licensed to be in the business. Then I counted up the states that allow dispensaries. I reviewed studies that tried to predict the number of jobs for their states budgets and reached out to several people in the industry. I round up for the numbers I have calculated to make the math easier.

The analysis that comes closest to being accurate is a report from Dale Gieringer, Ph.D. in 2009 for California NORML (National Organization for the Repeal of Marijuana Laws). He estimated that if marijuana were 25-35% of the California wine industry, then 60,000-100,000 jobs would be created. Since California is the oldest marijuana market, it is also the largest. There are almost 8,000 dispensaries in the state. If we assume it takes on average five to ten employees to staff a dispensary, then that is 40,000-80,000 jobs.

There are approximately 500 multi-acre farms according to Fresno CA police. Each farmer requires staff and security, so we’ll give them 10 employees each and make that 5,000 farm employees. Next are the websites and tech firms created to complement the industry – we’ll low ball that and say 100. If each dispensary needs a marketing or advertising person, that’s another 8,000 supporting jobs.

There are 36 different edible companies in California. The average company has three employees so that’s another hundred jobs. Over 6,600 caregivers have been issued cards, so those jobs didn’t exist before. This very roughly brings California to 60,000-100,000 jobs.

Colorado would be the next biggest state for marijuana jobs. In 2012, A paper produced by the Colorado Center on Law & Policy found that Amendment 64 would add 372 new jobs, of which most of that (217) would be in construction. The first $40 million in tax revenue from marijuana is to be used for school construction projects. Demand for jobs has created demand for marijuana licenses with the state licensing between 100 and 120 employees a week.

There are 491 MMJ dispensaries listed in the state and 31 retail recreational stores. Colorado requires the dispensaries to grow 70% of their product, so it’s similar to a microbrewery. That requires many people per site, so we’ll assign 20 people per location to minimally staff thesebusinesses which would mean 10,000 jobs. Again more advertising and marketing companies to support the dispensaries. Then there are the construction jobs from the school projects that are estimated at 217. So, we’ll mark Colorado down for 11,000 new jobs.

Oregon has 30,063 licensed caregivers as of April 2014. Michigan limits five patients per caregiver and had 52,337 registered patients as of 2011. That’s almost 10,500 jobs. Arizona has 79 dispensaries, so we’ll assume the California model with 5 employees and that brings us 400 jobs. Nevada is delivery only and they have 82 delivery companies. If we assign two people per business, which is probably pretty low, that’s still 164 jobs. Nevada also hired three full-time employees to regulate the business. These states alone bring another 45,000 jobs.

New Mexico has 23 non-profit marijuana producers and five dispensaries. That’s 50 dispensary employees and seven full time government employees to oversee the program as of fiscal year 2013. Two people per producer that gives New Mexico a total of roughly 100 jobs. Maine has eight registered dispensaries, but I only found seven actively open. Two government jobs were added to overs the industry. Maine also gets to add 100 jobs.

Moving on to smaller states like Vermont, which has only three centers and a small patient population. They get ten new jobs. Rhode Island has two compassion centers that are open and 12,000 registered caregivers as of January 2013. Rhode Island hired three full time government employees and has since determined that it is not enough to handle the work load. New Jersey has three medicinal marijuana operations and has hired twelve government employees. The Garden State Dispensary employs eighty people and there is no information regarding the other two dispensaries. These three states will bring in approximately 12,500 jobs.

Alaska and Hawaii aren’t big enough operations to count. Washington D.C. has three dispensaries and three cultivation facilities, which probably adds up to an additional 100 jobs. Montana has two dispensaries, so it too is very small.

The dispensaries may hire architects and interior designers. They may also hire construction workers to build out the locations. In addition to the dispensary jobs, there are hydroponic indoor growing companies that have been created, like Grow Life  (PHOT_) Aerogrow International(AERO_) and Fusion Pharmaceuticals  (FSPM_).

Vaporizer businesses like Vape Holdings and M-Cig (MCIG_) have been started. Hemp companies are being created to benefit from hemp made products. This group of almost forty secondary businesses has easily added thousands of jobs.

Roughly 168,000 jobs can be associated directly with the marijuana business and another 7,000 for these publicly traded companies, which brings the industry up to 175,000 jobs for a nascent industry. Only twenty-one states have legalized medicinal marijuana with more coming on board. Marijuana has spawned the creation of small businesses and created “ganjapreneurs.”

The jobs can be high paying like $250,000 for a grow master and $75,000 for a bud trimmer. It has also created a career path for many Americans that may have felt there weren’t alternative job opportunities for them. Hopefully, states will begin keeping statistics as they realize how much this job force is growing. They will find it’s higher than they thought.