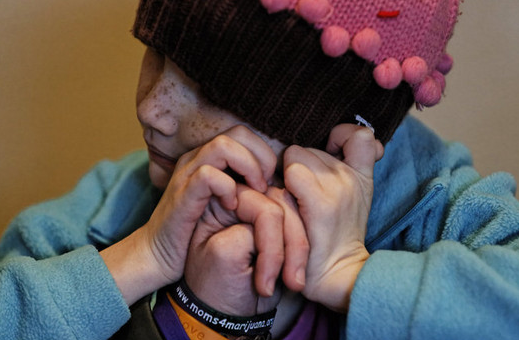 A 7-year-old Portland girl battling leukemia gets some extra help with her fight using a controversial method of treatment, medical marijuana.

7-year-old Mykayla Comstock was diagnosed with leukemia last year, and as can be expected, she’s had a hard year. Mykayla’s doctors have been treating her condition withchemotherapy which is a known effective treatment for her illness. However the treatment has horrible side effects such as pain, loss of hunger and nausea to name a few. So Mykayla’s mother made a very hard decision to try something else to combat thechemo treatments.

According to the San Francisco Chronicle, Erin Purchase (Mykayla’s mother) signed the child up for Oregon’s medical marijuanaprogram in hopes to ease the side effects of the chemotherapy, and Mykayla is now one of Portland’s youngest patients. Purchase treats the suffering girl with a gram of cannabis oil daily, and she reports the drug is effective on Mykayla’s symptoms.

Purchase and her boyfriend (caretaker) who grows themarijuana for the patients, both administer the cannabis oil to the little girl everyday. Mykayla says the cannabishelps her eat regularly and sleep at night.

“It helps me sleep,” Mykayla said. “The chemotherapy makes you feel like you want to stay up all night long.”

Purchase herself has had effective experiences withmedical marijuana in the past, not only is she a patient, but she believes medical cannabis saved her stepfather’s life who suffered from skin cancer. But Mykayla’s birth father is not as optimistic as her mother about the treatment.

The father, Jesse Comstock from North Dakota, has expressed concern about the effects the drug may have on Mykayla’s brain development. Comstock was disturbed after an August visit he had with his daughter. He said she didn’t seem like herself at all and seemed to have no energy.

“She was stoned out of her mind,” said Comstock. “All she wanted to do was lay on the bed and play video games.”

After noticing the strange behavior in Mykayla, Comstock took her to get examined at a private lab. The technicians claimed to have detected THC levels of that of an adult daily user of cannabis.

Gladstone police contacted Erin Purchase about the findings, but after they examined Mykayla’s medical marijuana paperwork, they reported to Comstock there was little that they could do.

“She’s not terminally ill,” Comstock said. “She is going to get over this, and with all this pot, they are going to hinder her brain growth. It’s going to limit her options in life because of the decisions her mother has made for her.”

Comstock added that he is not against medical marijuana use for those over the age of 16, he just expressed that he does not feel its appropriate for his daughters case.

But for now the drug appears to be working as intended, and Mykayla’s mother has not expressed any plans to end her treatments.

“She’s like she was before,” Purchase said. “She’s a normal kid.”

No word yet on whether the father plans on taking any further actions.