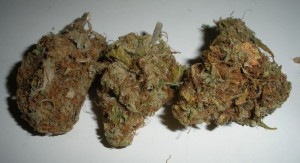 Four of 22 stores tested for compliance were caught selling weed to underage shoppers in state-run stings.

Washington’s retail marijuana businesses got calls from the state liquor control board before the sting operations began, warning them and reminding them about best practices when it comes to keeping weed out of kids’ hands. But when the board sent 18- to 20-year-old operatives into the first batch of stores this month to see if shops would sell them weed, four of them still failed the test. According to the board’s report released Wednesday, that amounted to 18% of 22 operations.

“We’re always going to have the goal of 100% compliance, that’s what we want; [82%] is good, but it’s not great,” says State Senator Ann Rivers, who has continued to work on reforming the state’s retail and medical marijuana industries. “Many of these businesses have invested a lot of time and a lot of money. And it’s stunning to me that they’d be willing to risk their livelihood to do something so foolish.”

By the end of June, the state plans to conduct sting operations at each of the 138 retail marijuana shops reporting sales in Washington. “When the news is out,” the liquor control board’s Brian Smith says of these first numbers, “we’ll see a spike in compliance. That’s what happened on the alcohol side.” In the operations, the underage shoppers present their real IDs if asked but don’t offer an ID if they aren’t; if a store sells them marijuana, they complete the transaction and bring the contraband to officers waiting outside the shops.

Marijuana businesses in Washington that sell to minors face possible license suspensions and fines of up to $2,500. Businesses that fail three times in three years can lose their state-issued licenses, while the person who conducts the actual transaction faces a possible felony charge.