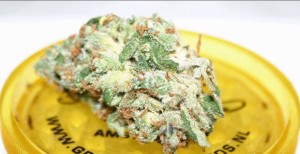 Washington launched its second-in-the-nation legal marijuana market with just a handful of stores selling high-priced pot to long lines of customers. A year later, the state has about 160 shops open, tax revenues have soared past expectations and sales top $1.4 million per day.

And who knows — the industry might even start making some money.

Washington pot farmers, processors and retailers have complained all year that heavy state and federal tax burdens, along with competition from an unregulated medical marijuana market, have made it difficult for them to do business.

But at least some relief is here: This month, two new laws take effect, one to regulate and tax medical marijuana, and one to cut Washington’s three-level excise tax on pot to a single, 37-percent tax.

Despite some industry gripes and those tweaks to Washington’s legal pot law, which voters passed in 2012 to legalize marijuana for adults over 21, officials and legalization backers say the state’s slow and deliberate effort to regulate marijuana has been a success.

A year after stores opened on July 8, 2014, here’s a look at the state of legal weed here.

Washington’s racked up more than $250 million in marijuana sales in the past year — roughly $62 million of which constitute marijuana excise taxes. That’s beyond the state’s original forecast of $36 million. And when state and local sales and other taxes are included, the total payday for the state and local governments tops $70 million.

That’s real money, if only a drop in Washington’s $38 billion two-year budget. Colorado’s recreational sales began Jan. 1, 2014, and brought in taxes of $44 million in the first year.

The tax revenue could continue to keep climbing.