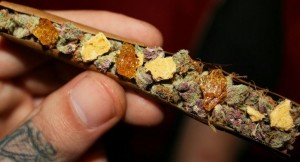 Vermont is officially the ninth state to legalize marijuana, and the first to end cannabis prohibition through an act of lawmakers.

“I personally believe that what adults do behind closed doors and on private property is their choice, so long as it does not negatively impact the health and safety of others, especially children,” Scott said in a signing statement.

Under the legislation’s provisions, people over 21 years of age will be allowed to to legally possess up to one ounce of marijuana and grow as many as two mature and four immature cannabis plants.

Commercial marijuana sales will not be allowed under the new law, which is set to take effect on July 1.

All eight other states that had previously legalized marijuana did so via voter-approved ballot initiatives.

Vermont’s legislative move signals a milestone in the evolving politics of marijuana. Polls consistently show majority voter support for legalization, and more politicians are beginning to see the issue as a winning one they should embrace rather than run away from.