With the victories for the marijuana legalization initiatives in Colorado and Washington on Election Day 2012, it really presents the White House and the Attorney General with a dilemma. Because on the one hand they and their law enforcement officials — federal law enforcement officials, you know, can point out and have repeatedly said it’s all illegal under federal law. Regardless of what the states do, it’s still illegal under federal law to possess, buy, use, sell, grow — all illegal. That’s it.

But as we saw with medical marijuana, which began to be legalized back in the mid 90s and is now legal in 18 states and Washington DC, it’s not so simple. And what we see is that the federal government has allowed various states to set up their own systems to regulate medical marijuana. Some places are interfering; some places they’re letting it be.
You know, what Obama said when he ran for president the first time and what he and the Justice Department made good on in the first year back in 2009 was to say that if medical marijuana producers, dispensaries are operating legally and transparently under state law, it will not be a federal law enforcement priority. 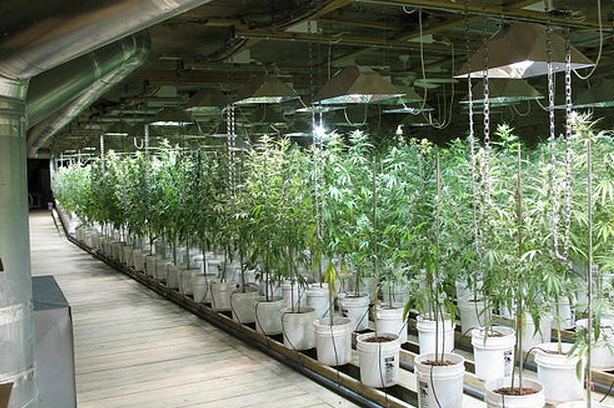 So the federal policy has been very mixed with some of the federal U.S. attorneys being very aggressive in places like Montana and California and trying to shut everybody down, and other states like New Mexico or Maine or other parts of New England really holding back, right. And then you look at a place like Colorado which legalized medical marijuana back in 2000 and then adopted a statewide regulatory approach a few years ago — through the legislature, signed by the governor. And even there you have hundreds of dispensaries operating above ground, being taxed, regulated, law enforcement, government officials oversee them. There’s a medical marijuana enforcement division. So you have in Colorado a very good model for regulating above ground marijuana. And you have in Washington state and some other states a very good model for regulating alcohol above ground.

So I’m very curious to see what the White House and the Justice Department do. You know, two years ago when the marijuana legalization issue was on the ballot in California in 2010, a month before the election, Holder, the Attorney General, said to Californians, “You better watch out because if you do this the Feds are not gonna allow this.” This time in 2012, Holder did not say a word, notwithstanding the fact that all the former heads of the DEA and the former heads of the drug czars office all banding together appealing it. But I think what happened was the White House and other people in those states looked at the polling, they saw, for example, Colorado was a swing state. They saw this issue was very popular, especially with young voters and independents who could be swing voters in this election, and they decided the better course of action was not to say anything.

You also have the fact that the governors and attorneys general of these two states, Colorado and Washington, are saying, “Look, we want to implement the will of the people in good faith.” I mean, you have the fact that the Colorado legalization initiative got more votes on election day than Obama did. And in Washington state the initiative got more votes than either of the candidates who became — or got elected governor and attorney general. You have — and all of them are saying they want to implement these initiatives in good faith. You also have the fact that Obama has in his private discussions with people about drug policy, both with foreign presidents and with wealthy democratic donors and key political people, all of whom I’ve spoken with — they all say that Obama and Biden are indicating a willingness to move in a somewhat new direction.