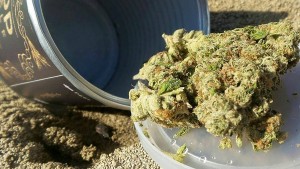 Generally people are interested in finding a great deal on cannabis from their local dispensary. Others are more hedonistic and prefer the luxury of expensive and extravagant strains that are rare and only few get access too.

A typical gram of marijuana costs between $8 to $14, a strain that would be considered expensive would cost closer to $20 per gram. That’s childsplay though, what about the wealthy pot smokers of the world? Where do they turn when they need? A $20 gram isn’t gonna cut it for these folks that’s just too “cheap”.

With recreational cannabis legalization taking over, it can be difficult to identify the most expensive strains. Countries with strict cannabis laws often have more expensive cannabis, but that doesn’t mean the strain itself justifies the price. Reports of $40 – $50 grams aren’t unheard of in places like the U.K. for example. We’ll leave the speculating up to you though, here’s what we know for sure.

1. Isla O.G. – This strain of cannabis is well-known among cannabis connoisseurs as the world’s most expensive strain, coming in at $800 per ounce ($28.57 / gram). Famously recognized as the cannabis in a can, it comes in ⅛ ounce portions which are canned to maintain freshness.

Isla O.G. was made famous when rapper “2 Chainz” featured it on his hit show, “Most Expensivest Shit.” He rolled some Isla O.G. in a 24 karat gold joint, rather fitting considering the name of the show. What really grabbed our attention was when we packed a full ounce of the stuff in a massive pipe bowl and started toking away!

2. The Oracle – If cannabis in a can isn’t your thing, you could try to track down one of the most illusive strains on the planet. The Oracle is actually just a re-branded AC/DC strain according to genetic profiling. Nonetheless, this re-branding coupled with rumors of it boasting a ridiculous 45% THC sent the market into a whirlwind. Consumers were reporting paying upwards of $1,000 per clone and $200 per seed, if they were lucky enough to even find it.

Why So Expensive? Many things can factor into a cannabis strains final price tag but more often than not, it’s about the marketing. Sure heritage, rarity and grow conditions play a role. Certain strains are extremely difficult to find, some have a prestigious history with a laundry list of accolades that justify the heftier price tag. But most often it’s opulent packaging, clever marketing and the illusion of scarcity that companies use to charge consumers so much.